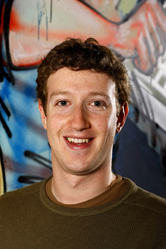 I recently had a chance to sit down and have a one-on-one chat with Facebook CEO Mark Zuckerberg. There was lots to talk about, and he answered questions about, among other things, Facebook products, privacy issues, rumors about recent fundraising by the company, and competition with platform developers. Quotations below are based on my notes and roughly accurate.

I asked Mark about the company’s policy on competition with application developers, an issue that has come up repeatedly over the last year.

Mark said that the company has no rule against competition with application devlopers. In general, though, he says it’s not good for Facebook to compete with third party applications that have been built on their platform.

Mark says there are two reasons that they don’t compete with developers lightly. The first is that the company is focused on its core competence – building the social channel (profile, friends, sharing of information and content) and allowing developers to plug into that via their API, platform and Facebook Connect. Facebook has a limited number of engineers, he says, and they need to stay focused on the core service.

The second reason, he says, is that it sets a bad precedent to compete with the best developers. “The other thing I’d say is that if there is a precedent where there are good applications and we just go and compete with them its generally not good for the ecosystem.”

Mark specifically talked about two examples, Facebook Music (discussed below) and Facebook Marketplace, which is relaunching from an in-house application to be powered by Oodle.

Facebook Marketplace is an example, he says, where the company is actually removing an in-house application and replacing it with a developer application instead. I asked him if having an official partner for classified listings harmed the developers that have similar applications on Facebook. His response – there is still a competitive marketplace, and having Oodle as an official partner doesn’t “in any way disadvantage having a competitive marketplace.”

I asked Mark about Facebook’s rumored efforts to launch a Facebook Music service in partnership with one or more applications developers.

Mark confirmed that Facebook was investigating the possibility of launching a music application.

To make a really good music application you have to have access to music. We felt that because we are operating at a much larger scale than any of the developers at this point, right now at least, we felt like we had a good chance of helping someone negotiate to get access to the music necessary to create a good music application. That is the theory as to why we were exploring this.

He added that he can’t say whether or not Facebook would get involved with a music application directly, or if they did decide to get involved how they would do it.

Music is such an important application, he says, that Facebook may have to get involved to lend the effort the scale needed to pull it off effectively with the labels and other rights holders.

I asked Mark why the company decided to give Microsoft access to Facebook user email addresses to promote MSN Messenger.

He says that the relationship was reciprocal and that Microsoft allowed Facebook users to import Hotmail contacts and invite them to Facebook. He also pointed out that it was a one time use and that Microsoft didn’t store the data after sending out the emails.

I asked him about Facebook’s policy towards giving out my personal information, such as my email address, based only on the permission of a Facebook friend (which is what is happening with MSN Messenger).

Mark says that it’s a complex issue, after noting that users have the ability in their privacy settings to restrict whether friends get access to your email address. Data privacy issues are seeking equilibrium in the community, he says. People are willing to share much more information than they were previously.

We discussed Facebook fundraising issues and valuation. He said some of the speculation was true and some wasn’t. he confirmed that Facebook’s $15 billion valuation round was still open and that CFO Gideon Yu was open to new investors at that price. But he denied that Facebook was pitching for new money at a lower valuation. “We’re not actively going around trying to raise money from a lot of different people. It’s more just a follow on to that [previous round].”

Mark also said that the company isn’t overly concerned about capital, and that their current costs and revenue trajectory is on track.

This was the one topic where Mark was not very forthcoming. He wouldn’t talk about specific revenues. But he did say that the company’s self service advertising product was doing very well, both in the U.S. as well as internationally. “It’s surprising how much money comes in internationally,” he said, and suggested noncommittally that Facebook’s self service ad revenues are higher than our recent estimates that MySpace is on a $50+ million run rate for their new self serve ad product.

When I asked about how Facebook’s virtual gift product was doing, Mark kept quiet. “I don’t know off the top of my head but wouldn’t answer if I did.”

Update: Mark has left a comment below clarifying Facebook’s goals (we’re sure it’s him because he used Connect to link the comment to his Facebook profile – another benefit of using the new service). We’ve also swapped the outdated photo for a newer one:

Hey Mike — This is my first time leaving a comment on TechCrunch. Congrats on the great Connect implementation! It’s exciting to see how having people’s real identities changes the way people comment and interact. Now I can comment here and people can know it’s actually me.

Anyhow, thanks for taking the time to meet with me and a few other people at Facebook the other day. I think this is a good summary of our discussion. I’d like to clarify a few points though, especially around our platform philosophy.

Our goal with Connect and our platform is to build a strong ecosystem of apps that help people share information in new ways. Our strategy is to focus on building out the core platform and to not focus on developing many apps ourselves. The launch of Connect is an example this — it’s part of the core platform and it enables lots of developers to build new social apps and websites. Since we still have a small and tight engineering team, it’s important for us to stay focused on developing these core services.

As for some of the other comments, I agree that the picture of me is pretty bad :) Not sure when that was taken… Don’t we have a better one on our website that you can use?