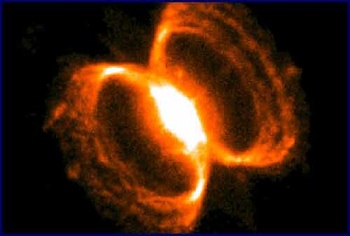 Pownce is dead. So what. Micromessaging has always been about the next phase beyond email, and oh so not about competition between micromessaging vendors. Twitter is the Kleenex of the space and has survived its most difficult phase. There is no competition for Twitter, not even close.

FriendFeed is the reason Twitter has won. It’s the toolkit for providing innovation around Twitter. It has always been the reason why micromessaging could be taken to the next level, to absorb and extend email. FriendFeed is the most important third party app to emerge in the platform space Twitter created to garner its dominant market share. There is no competition for FriendFeed, not even close.

Facebook is not competition for FriendFeed because the only way to kill FriendFeed is to kill Twitter, and there is no competition for Twitter. Where Twitter gets dangerous for Facebook is if its Follow cloud and restored Track discovery engine prove more efficient at modeling social graph data in realtime. This is why FriendFeed’s realtime expansion is so dangerous to Facebook, because it extends Twitter at no cost to Twitter by harvesting the most active portion of Twitter’s economy.

If FriendFeed builds a high value cloud of realtime users while leveraging Twitter’s Track cloud for scale, the combined entity captures more and more of the high value customers in the information space. If the percentage of high value realtime messages reaches parity with email, the increased efficiency of providing strategic information based on the social cloud and its personalized filtering will encourage email vendors to aggregate and rank email alongside micromessages. In effect, the combination of Track and dynamic follow mechanisms already does this.

Direct messages subsume point to point email. Collaboration threads have always been handled poorly in email systems; CCs and BCCs distort and disrupt top down hierarchies, and flatter organizations are overwhelmed with aggressive copying and information hoarding that begins to look like the rest of what’s left: spam. Micromessaging via the supple architecture of Follow/Track affinity transports sidesteps those problems and produces much greater signal to noise by harnessing the social filter.

Pownce was DOA because it didn’t enter the market at the only point where it could compete: against a FriendFeed that hadn’t yet begun to morph. Once FriendFeed flipped the realtime switch, the battle was over. It’s still possible to attempt to compete with FriendFeed, but a better version of FriendFeed inevitably extends Twitter and therefore consolidates FriendFeed’s value as an after effect. Why invest in incremental improvements when it’s easier to just wait until FriendFeed adds those features?

If FriendFeed is a parasite service of Twitter, then the only conceivable entry point now is as a parasite service of FriendFeed. What would that entail? It would have to be a service that thrived on being absorbed as it seeded new functionality into the expanding messaging subsystem. Luckily, there is a lot of room for growth, since micromessaging will move into the richer data types of the media transformation once it’s eaten email. That should make Amazon and Ebay more than a little nervous. If Twitter and FriendFeed capture microtransactions at the very moment digital media wins, they effectively control the set top box. There is not competition for that, not even close.