The elections were good to the HuffingtonPost, the political uber-blog. It’s audience in the U.S. rose fivefold in the last year to 5 million monthly uniques in October, according to comScore (see chart below). In what may turn out to be perfect market timing, the Times UK is reporting that the company is close to raising $15 million. In the past, it has raised a total of $12 million from investors including Softbank Capital, Greycroft Partners, Bob Pittman, and Ken Lerer.

As with all political sites, it is likely that the HuffPo’s traffic will dip now that the election fever is over. The question for investors, though, is whether its current levels represent a peak or, whether it can take advantage of its new-found audience to establish a solid, new traffic floor from which to keep growing. If you look at the HuffPo’s chart from Google Trends (above), it looks like traffic is at the very least plateauing so far in November, as you would expect.

Where does it go from here? 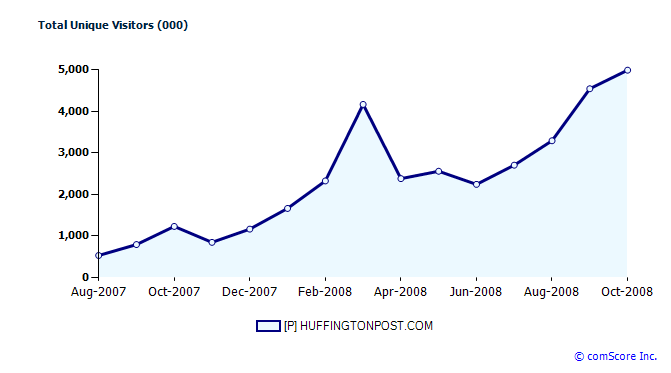