Every once in a while we show some of the stats about the feed readers people are using to access TechCrunch content. Since we recently passed a million daily RSS readers, now is a good time for a new update.

In June 2006 Firefox, Bloglines and Newsgator were the three largest readers, in that order. Feedburner did an analysis later in 2006 with similar results. Long ago Google reader eclipsed all of those readers. And recently, Outlook has surged as the feed reader of choice.

The complete breakdown is below. 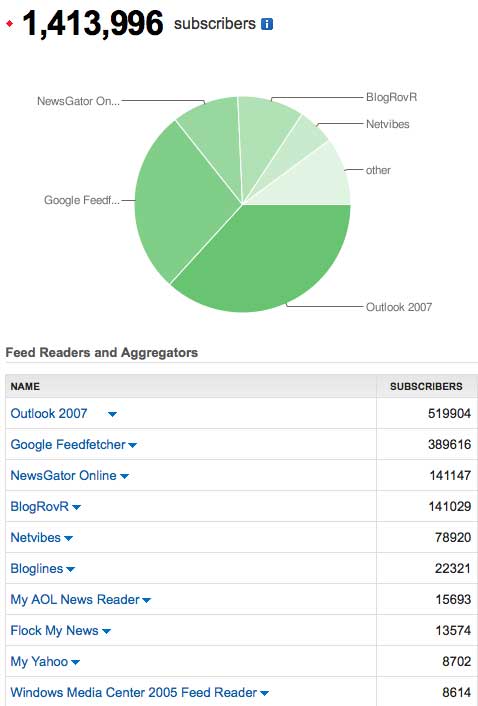