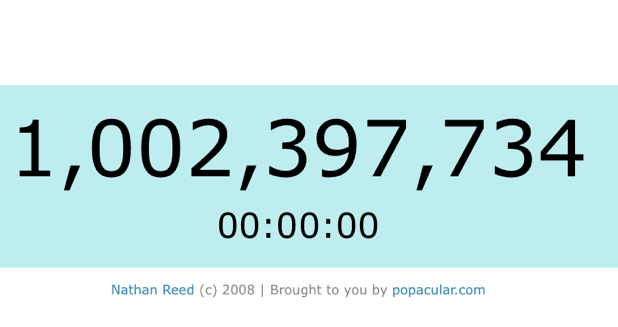 It is not clear when the counter started, but Twitter launched in July, 2006. Assuming the counter goes back that far, that would mean it took Twitter two years and three months to get to one billion Tweets. To be honest, I am kind of surprised it took so long.

As a comparison, Meebo hosts 5 billion personal IM messages a month, and bigger IM services such as Yahoo’s and AOL’s are probably doing more than one billion IMs a day.

I have an email into Twitter to see if this count is accurate.

Update: No word back from Twitter, but some more details a mystery. Each Tweet has a status ID, which may or may not correlate exactly with the number of total Tweets. In fact, some numbers skip. But if we pretend the two are the same (and there is some evidence that they are not), the one billionth Tweet was delivered last night, November 10 at 11:49 PM.

Twitter has been taken over by bots. What did you expect?