Word of T-Mobile’s Holiday line-up just came down the wire, and it doesn’t look like they’ve kept any Christmas surprises up their sleeve. Anything that hasn’t been announced officially has been leaked for a few weeks now, so this pretty much just serves as one big confirmation. 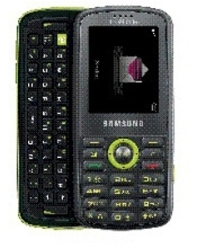 Of course, they’ll also be pushing the T-Mobile G1 and the BlackBerry Pearl Flip throughout the season.

To help up the sales numbers, they’re also giving away complimentary “companion tickets” to fly you around the country this holiday. Rather than confusing anybody and botching their legalese, I’ll just quote the deal straight from the release:

With the Free Companion Flight promotion, T-Mobile is offering complimentary companion plane tickets from Nov. 19 through Dec. 24, 2008 to new and existing customers who sign up for a two-year service agreement. Those on a family plan will receive a companion ticket for each line of their family plan, up to five tickets, so it’s easy for the whole family to enjoy a trip together.

Companion tickets have no blackout dates, provide travel to and from more than 100 origination and destination cities, and are good for a year (travel must be completed by Feb. 15, 2010).

While I doubt anyone most people would be crazy enough to sign a 2 year contract just for one free “companion” ticket, it certainly sweetens the deal a bit if you were looking to nab a new device from T-Mobile anyway.