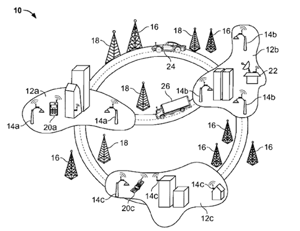 Google and other tech companies won a big battle in Washington today. In an Election Day meeting, the FCC approved the unlicensed use of “white spaces” spectrum newly freed up as a result of TV broadcasters going from analog to digital broadcasts. Google has long been leading the lobbying effort to turn this spectrum into a sort of WiFi 2.0. Telecom companies and sports leagues opposed opening up the spectrum, claiming that it would interfere with wireless headsets and other devices that use nearby licensed airwaves.

Google argued that the interference argument was bunk, and the FCC agreed. Although the FCC is requiring more testing before “white spaces” devices will be approved.

This is a big win not just for Google, but for the entire tech industry. Just as WiFi changed the way we connect to the Internet in our homes and offices, the “white spaces” spectrum could be used for longer-range wireless broadband connections. The wireless carriers are right to feel threatened.

As far as Google is concerned, it wants as many wireless networks as possible to connect to the Internet. The “white spaces” is part of a bigger thrust. For instance, consider a recent Google patent to tie disparate wireless networks together through a marketplace that would let people switch networks on the fly as they moved around based on price and quality of coverage. As we noted in a post about that patent:

The patent is part of Google’s broader agenda to get as many people online as possible with as many devices as possible. Hence the gPhone, its pressure on the FCC, and Larry Page’s bristling in support of open white spaces. The opening of white spaces in particular could lead to more connection points for mobile devices, ones that form an attractive alternative to those provided by wireless carriers. And Android-powered phones could be among the first to take advantage of a flexible connections system.

The FCC just gave Google the go-ahead to start its end-run around the carriers. But it also just approved Verizon’s acquisition of AllTell, so it is spreading its love around.

I’ve always thought that there are a lot of really incredible things that engineers and entrepreneurs can do with this spectrum. We will soon have “Wi-Fi on steroids,” since these spectrum signals have much longer range than today’s Wi-Fi technology and broadband access can be spread using fewer base stations resulting in better coverage at lower cost. And it is wonderful that the FCC has adopted the same successful unlicensed model used for Wi-Fi, which has resulted in a projected 1 billion Wi-Fi chips being produced this year. Now that the FCC has set the rules, I’m sure that we’ll see similar growth in products to take advantage of this spectrum.

As an engineer, I was also really gratified to see that the FCC decided to put science over politics. For years the broadcasting lobby and others have tried to spread fear and confusion about this technology, rather than allow the FCC’s engineers to simply do their work.