If you think there is too much noise about the U.S. election now, wait until next week. On Election Day, not only will every media outlet be covering the vote, but so will voters themselves who will have ample opportunity to Tweet, Digg, video, and IM the vote.

Most of these “reports” will probably consist of people telling the world that “I’m voting!” or who they just cast their vote for. Who you vote for used to be a private affair, but no more. It is almost as if your vote does not count, unless you IM or Tweet it. (But don’t worry, it does).

On the bright side, when every voter is also a potential election observer, any shenanigans can and will be instantly broadcast over the Web and quickly picked up by the mainstream media. At least there will be a clear record that can serve as a starting point for later investigation if need be. No doubt, there will be false Tweets as well.

But that’s not stopping everyone from piling on the social media election parade. For instance, you can Twitter what’s happening on Election Day by adding “#votereport” to any Tweets, and they will appear on the Twitter Vote Report, which was put together by the guys at TechPresident.

Or you can IM the vote on Meebo, which is partnering with Comedy Central to put Meebo chat rooms on The Daily Show‘s Indecision2008 website.

Or you can take a camera with you and make video on election day and put it on this special YouTube VideoYourVote page (which for some odd reason is hosted out of the UK). The best of these will be rebroadcast on PBS.

Don’t like PBS? You can Digg the best election stories on this special Digg election page, which is being republished on Current.TV’s website and will be a cornerstone of Current.TV’s on-air Election Day coverage. Current.TV will also be rebroadcasting clips from 12Seconds.tv tagged “election.” Here’s a gem from 12Seconds.tv, in which video uploaders are asked to answer the question of whether their vote counts:

Still want to get involved? Then grab a widget! And put it on your MySpace page. You can choose between the Obama tax calculator, which tells you how your taxes would change under Obama’s tax plan, and this McCain-Palin widget, which is basically just a commercial (Both are embedded below). The Obama widget has been viewed more than 1.3 million times in the past three weeks, from only than 4,885 installs. The McCain-Palin widget has been installed 13,633 times, but viewed only about 53,000 times. (The SNL Palin-Hillary skit widget, in contrast, has been viewed more than 7.9 million times).

In the end, will any of this matter? Not if you don’t vote. You are gonna vote, right? 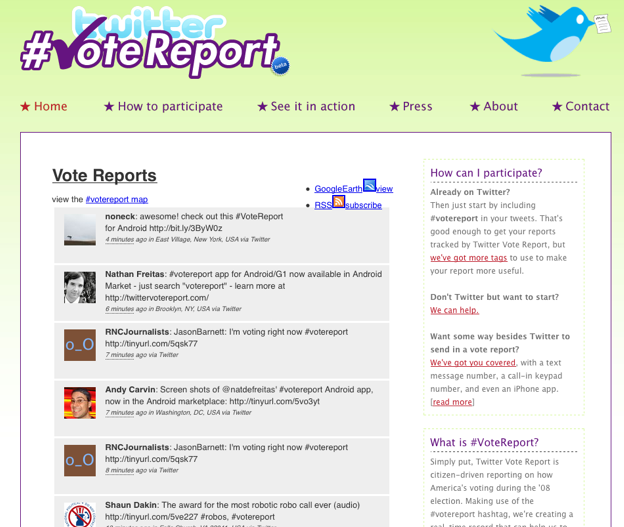