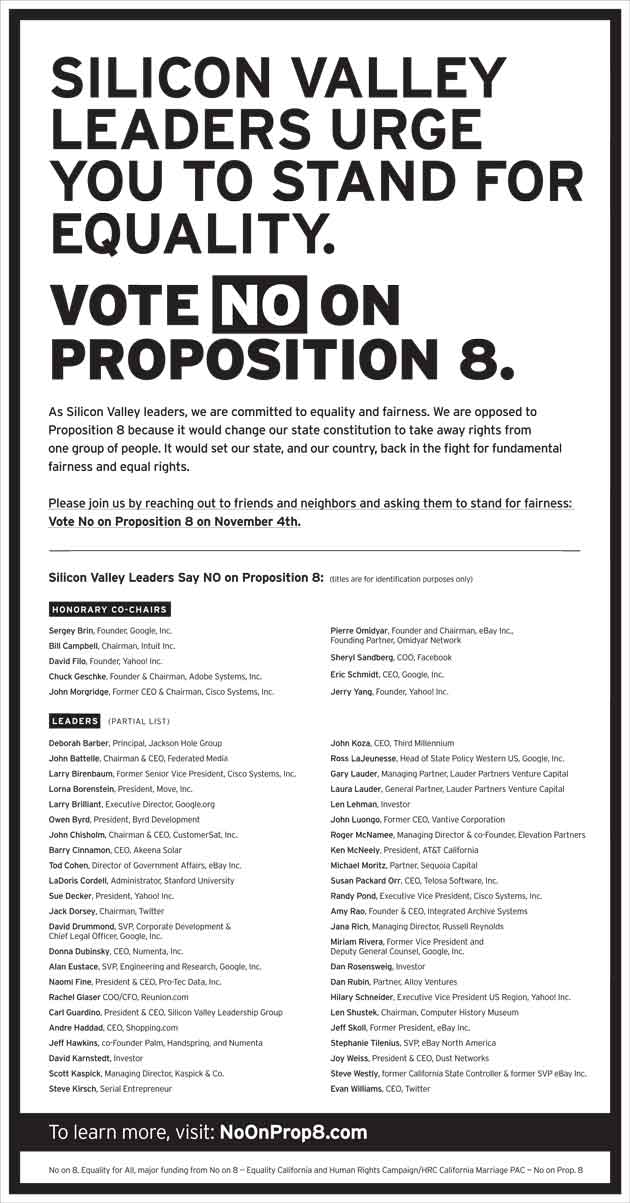 This is a full page ad that will run in the San Jose Mercury news tomorrow. I want to make fun of the wine and cheese crowd flocking to jump on the anti-Prop. 8 bandwagon, but I’m not going to.

Discrimination in any form isn’t acceptable, and banning gay marriage is discrimination. Prop 8 will eliminate the right to marry for same-sex couples in California by amending the state’s Constitution. If you are a registered California voter, I’d like to ask you for a favor – vote against Prop 8.

Here’s a list of people who’ve added their name to the ad: