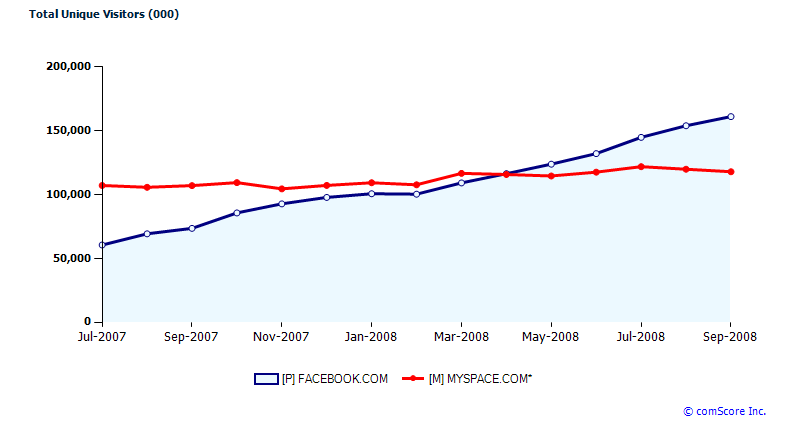 Facebook blew past MySpace in visitors from across the world back in April, but the global gap continues to widen. According to the latest figures from comScore, Facebook attracted 161.1 million unique visitors worldwide in September, compared 117.9 million for MySpace. For Facebook, that number was up from 4.7 percent from the 153.9 million people who visited the social network in August. Visitors to MySpace declined 1.6 percent globally from 119.8 million.

MySpace argues that it is more interested in winning globally in the top ad markets, and in general it is winning in countries such as the U.S., Germany, and Japan. But Facebook is leading in France and the UK. Those are the top five markets.