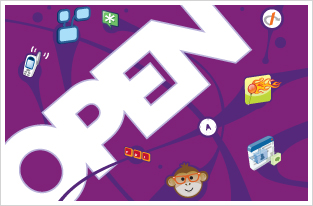 Six months after first announcing its open strategy, Yahoo has released a slew of development tools (as we told you it would) under the Y!OS 1.0 platform. It’s kind of like a Web OS, but Y!OS officially stands for Yahoo Open Strategy.

As part of its strategy to remain one of the most popular starting points on the Web, Yahoo is making it much easier for data, content, and applications to flow in and out of Yahoo. It is also adding a layer of social awareness to everything it does. Yahoo’s Jay Rossiter explains in a blog post some of the things that the Y!OS will let people do. These include:

1. Access to your and your friends’ activity streams both on Yahoo and elsewhere on the Web.
2. A single, universal Yahoo profile.
3. A portable address book that you can take to other sites.
4. More customization features that let you bring content from other sites more easily into Yahoo.
5. Social networking features that help you connect to more people on Yahoo.

Specifically, the Y!OS consists of several developer components, which you can read more about on Yahoo’s developer blog or its developer network site. The components are Yahoo Social Platform (YSP), Yahoo Query Language (YQL), Yahoo Application Platform (YAP), and OAuth.

Let’s take these one at a time. The Yahoo Social Platform is a set of RESTful APIs for Profiles, Connections, Updates, Contacts and Status. These APIs enable developers to pull out information about users, their activity, and their contacts from Yahoo and use it elsewhere on the web.

The Yahoo Query Language is a web service that functions much like SQL and creates a common interface for accessing data from both Yahoo and across the Web. It’s described as “a command line version of Pipes” since it simplifies the process of mashing up data from Yahoo and elsewhere.

The Yahoo Application Platform allows Open Social-based apps to be built and distributed across Yahoo’s own pages (MyYahoo, Yahoo Mail, category pages, etc). For now, apps on this platform can only be created in a restricted sandbox. But in the coming months, Yahoo will begin opening up its various properties for the integration of applications.

Finally, OAuth is the authentication and authorization standard Yahoo has decided to use when giving third parties access to Yahoo user data.

In addition to providing more tools for developers, the company continues to add social features throughout its existing products. Yahoo Mail users, for example, will soon be able to filter their inbound mail based on their most valuable contacts. Activity feeds that show your friends’ recent behavior will be added to places like Yahoo’s homepage and My Yahoo. And Yahoo will begin to distribute hooks into its updates system across its various properties, letting you indicate to your friends when you’ve undertaken an action on, say, Yahoo Buzz or News.

Learn more about Yahoo’s open strategy from our notes that we took at a briefing last week.