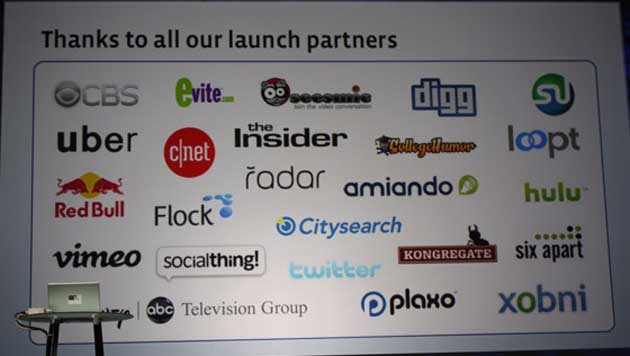 Facebook Connect, a product that ties a user’s Facebook account to other sites on the Internet, was first announced on May 9, more than five months ago. Digg was announced as a launch partner.

It’s a strategically important product, with competition from both Google and MySpace. So the big question is, how is it doing?

Facebook Platform continues to evolve, which mainly means pushing applications developed by third parties farther and farther away from the home and profile pages. Some Facebook employees have said privately that the platform is dead. Many developers agree.

Facebook’s internal struggle over the role of the Platform going forward may be nearing a conclusion. Facebook’s new music initiative will send a clear signal one way or the other as the company decides to either build it themselves or partner with developers.

But Facebook Connect is the new Facebook Platform. Instead of bringing third party apps into Facebook, Connect brings Facebook functionality into those third party services. Those sites get to leverage Facebook’s social graph to help them connect users. In return, Facebook gets lots of user data and cements its position as the owner of canonical profiles (meaning real users, real data) and their friend list.

Of those partners, two have integrated with Facebook Connect, although data on activities is not yet sent back to Facebook for inclusion in the News Feed: The Insider and Red Bull.

In addition, a few other sites have gone live with Facebook Connect that weren’t in the initial launch group. These include CNN’s The Forum site, MyBarackObama, Indiegogo, GlobalGrind, ConnectedWeddings and Govit.

So What About The Other 24 Launch Partners?

We’ve spoken with many of the announced launch partners to understand if, and when, they will integrate with Facebook Connect. Some are in process now. Others have expressed some concern that Facebook will do a “bait and switch” by changing Facebook Connect down the road to something less interesting, or more onerous, to them (like they’ve arguably done with Facebook Platform).

None of the launch partners that we spoke with have told us that they definitively will not be integrating Facebook Connect. But few of them were willing to specify a date they’d be launching.