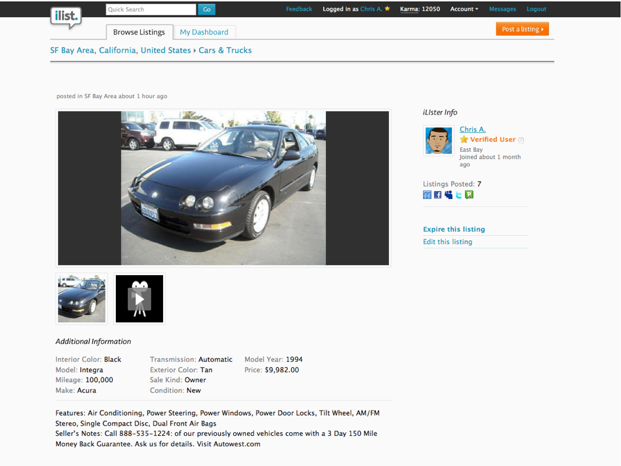 The road to a better Craigslist is littered with the bodies of startups that could never make it past the first few mile markers. But iList, which launched today out of stealth mode, thinks it can defy the odds by making classified listings more social. The service includes a standalone site, but every listing can be cross-posted to Facebook, Twitter, FriendFeed, Pownce, and even Craigslist itself. (See screenshots).

In addition to Craigslist, iList faces competition from Facebook, which runs its own Marketplace app, and other classifieds apps on Facebook such as ShopIt. But iList gets a lot right that other social classifieds don’t.

To start with, it makes each listing very easy to find. When you list an item or service, you start on the iList site which prompts you to fill in standardized data that varies according to the item. If you are listing a car, for instance, it will ask for the year, make, mileage, color, and condition. All of this metadata makes the listings more search-engine friendly than simply putting in a title and description.

But iList is not counting on search engines alone to find your listing. It makes it easy for you to promote your listings to your friends and contacts on Facebook and other social communication services. When you are done publishing a listing, you just click the services where you want the listing to be pushed out to. The listing then appears in your activity stream in those services. You can also automatically create a Craigslist listing.

The Facebook app has some extra bells and whistles. Messages can go back and forth within Facebook, and friends looking at your listing can promote it by re-posting it to their activity feed. Back on iList, you can keep track of who is helping you promote your listings. The more items you list or promote, the more “Karma points” you get, which eventually will be redeemable for rewards.

The San Francisco startup has a 25-year-old CEO, Chris Abad. And one of his co-founders and chief designer, Eston Bond, previously worked at Facebook as a product designer. They raised $1.5 million in August from Veoh founder Dmitry Shapiro, Goowy founder Alex Bard, and Draper Fisher Jurvetson.

The screenshots below show how the listing for the Acura on iList above shows up on Facebook, Twitter, FriendFeed, and Pownce: 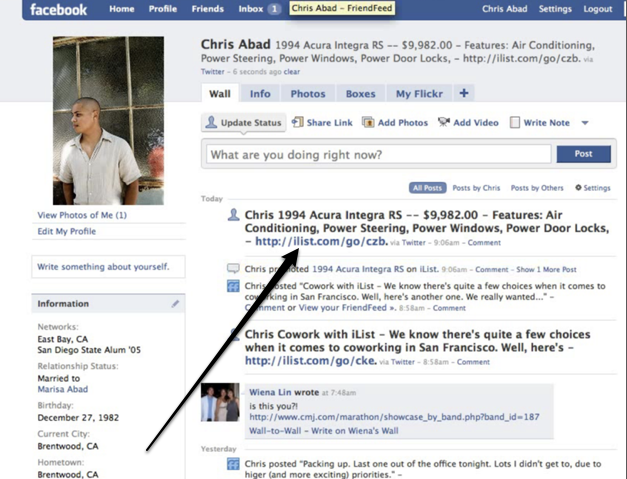 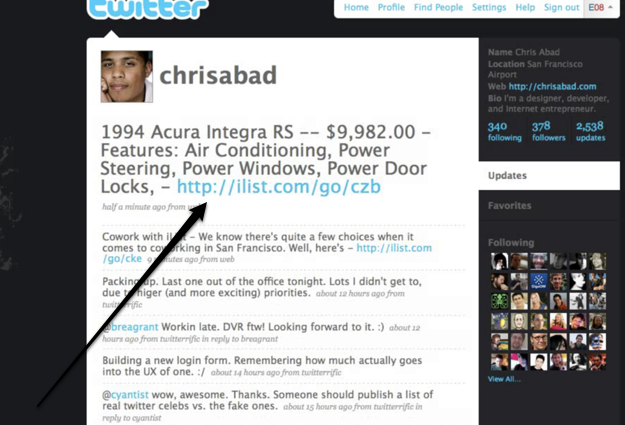 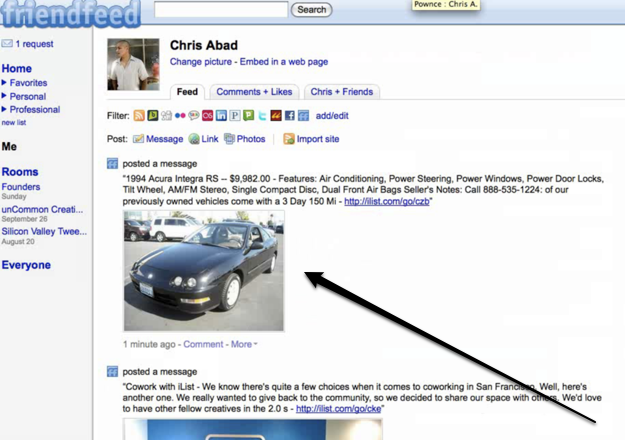 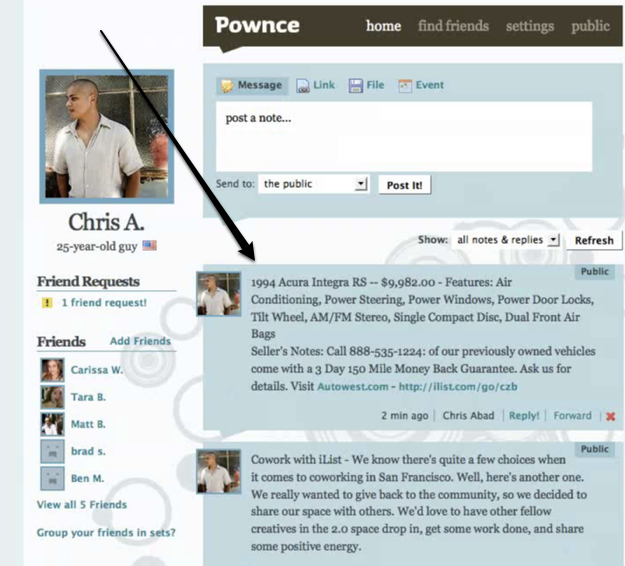