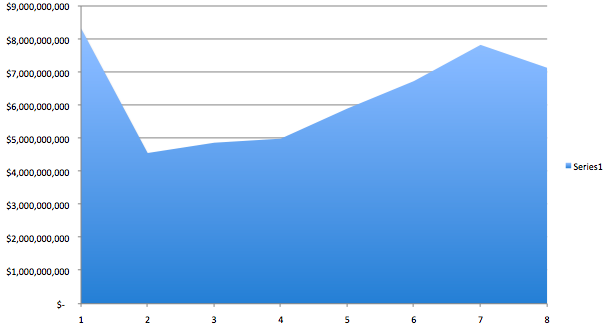 The MoneyTree Report from PricewaterhouseCoopers and the National Venture Capital Association came out this morning. It shows that total VC financings in the third quarter were down 7 percent compared to the same period last year, to $7.1 billion. That is also down about the same amount from the second quarter. In the chart above, I’ve plotted the dollar value of VC investments for each third quarter going back to 2001, coming off the last boom, when $8.3 billion was invested in VC-backed startups. While $7.1 billion is still a healthy amount, you can see that this may be the first quarter of a significant decline in funding activity.

Update: Here is an interactive iChart with the same data as above (mouse over each bar for more info, and use the slider at bottom to change the time range):

If you zero in on Internet deals, VC funding declined 16 percent to $1 billion. Below is a chart plotting the sequential dollar amount going into Internet deals going back to the first quarter of 2002, when $1.3 billion was invested. (Sorry for the apples to oranges comparisons between this and the first chart, which just shows numbers from the third quarter of each year. The entire spreadsheet with all of this data and more going back to 1995 is embedded below). 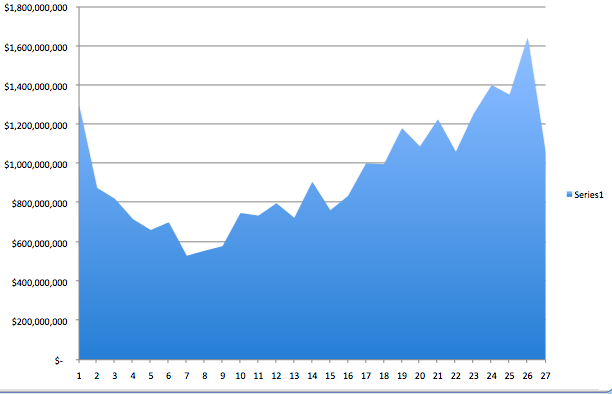 Update: Here is an iChart showing the VC dollars going into Internet deals every third quarterm along with how much went into early-stage (“first sequence”) deals: 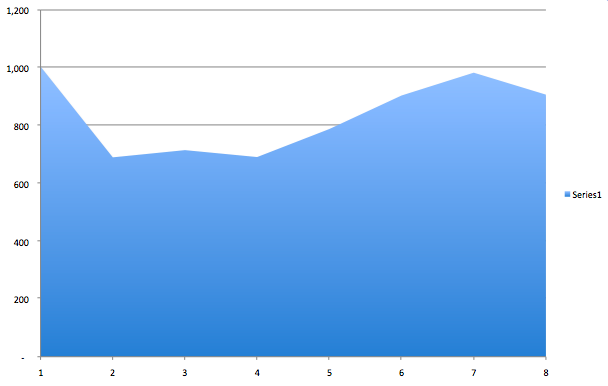 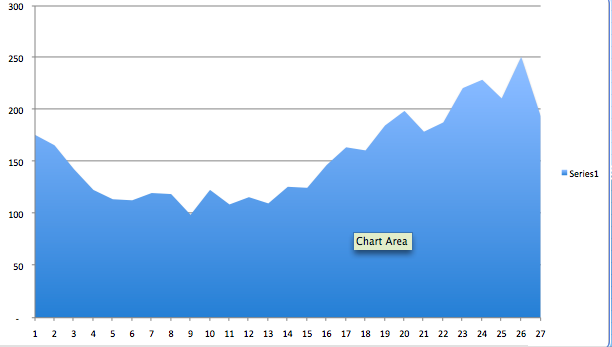 And just for some perspective, here are two charts showing Internet deals going back to the first quarter of 2000, when $12.4 billion (first chart) was invested in 900 deals (second chart). 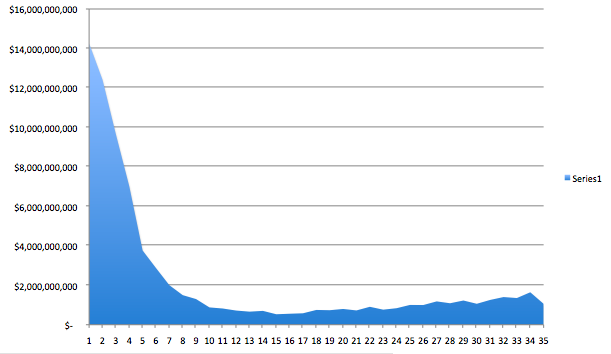 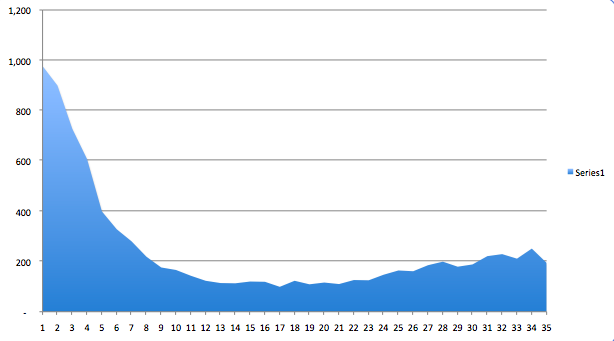