Ignighter, the group dating site that is part of the TechStars class of 2008, has closed a $1.2 million angel funding round. CEO Adam Sachs says that the money will be used to expand its team (particularly its development staff), and will also be used for a marketing push to increase awareness.

Ignighter allows small groups of friends to collaborate on a group profile, where they can include photos and specify their interests. The site then presents a list of possible matches with other groups and helps them arrage get-togethers in the real world. The group environment helps avoid the awkward 1-on-1 situations that result from tradional dating sites like Match, and there’s less pressure – if you don’t hit it off with anyone, you can still have a good time hanging out with your buddies.

The site made its debut at the TechStars demo day in August with an estimated 10,000 users, and has since grown to 15,000 registered members. TechStars is a seed-stage investment fund that is comparable to Y Combinator and DreamIt Ventures.

The dating space is very crowded with some very well established players, but popularity has recently been shifting away from traditional sites towards alternatives, which Ignighter may be able to capitalize on. Also see Mixtt, a similar group dating site that launched at TechCrunch50. 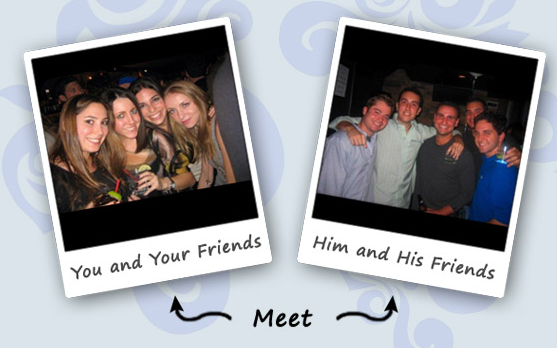