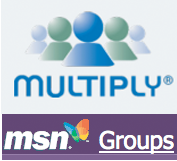 We’ve received confirmation that Microsoft is handing over the reins to its MSN Groups property to the social network Multiply. Microsoft is planning to release a new service called Windows Live Groups in November, and apparently doesn’t want to compete with itself. Oddly enough, Microsoft has chosen not to allow groups to transition between the two services, and instead is going to offer a migration tool that will allow users to take groups over to Multiply, which currently bills itself as the world’s 8th largest social network.

The rumor was originally reported earlier today after a series of emails were posted to a MSN Discussion newsgroup, and has since been confirmed by both Multiply and Microsoft through a blog post.

Here’s Microsoft’s explanation for the shutdown:

The natural question to ask in this situation is why we are closing MSN Groups. It is our goal to provide our customers with the most current and user friendly technology available today. We made the difficult decision to close the MSN Groups service as part of an overall investment in updating and re-aligning our online services with Windows Live. In the long term we believe that closing the service is the best way to continue to offer innovative, best of breed services that help you stay in touch with the people you care about. It’s very important to us that you keep the data you created using MSN Groups and that is why we have partnered with Multiply, so you can keep your group going into the future despite the closure of MSN Groups.

The Microsoft post also states that users will have until February 21, 2009 to migrate their groups over to Multiply, after which point the site will cease to exist.

This just seems weird – why would Microsoft abandon a sizable (but dwindling) chunk of users to an entirely unrelated social network? It’s nice that they aren’t leaving their users out in the cold, but why not just cut off new signups to MSN Groups and allow the legacy users to continue on in peace? Microsoft may appear to have made the gesture in good faith, but it’s likely that the company is hoping users will scoff at the idea of having to migrate, and just sign up on the new Live service when it launches.

Whatever Microsoft’s intentions, Multiply is sure to be happy with the deal, as it has just been handed millions of new users (we’re trying to contact Microsoft for the exact number). 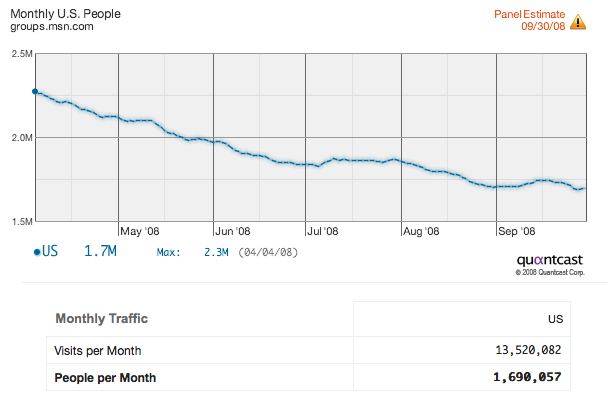