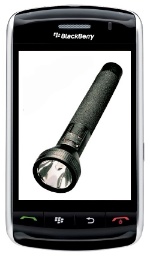 So you’ve dipped your feet into iPhone and Android development, but aren’t really feeling either platform? Got an idea you think a carrier or two would pick up for the BlackBerry Application Center? Time to get crackin’.

Now that the Storm is on its way to the starting block, RIM has released the development tools needed to get an application up and running on the handset. To make the dev process a little less tedious (and, I’d imagine, to give wary techies a bit of a trial run), they’ve also released an emulator for the device. Check out the BlackBerry Dev Program for more info.