It’s been a long time coming, but it appears as though Facebook finally has begun integrating Live Search into its main search bar, thereby providing web search in addition to its preexisting profile search capabilities.

The functionality appeared earlier today for users, only to disappear again. Facebook published an official post about it only to take that down as well . Microsoft’s own post, however, can still be found here.

Update: Web search is now back, as is Facebook’s post about it. See our observations below.

The integration is a natural consequence of Microsoft’s $250 million investment in Facebook last Fall. Google has a similar deal in place with competitor MySpace.

Once it’s back up we’ll get a chance to see how web search affects Facebook’s autocomplete suggestion system, and whether or not results are tailored to your profile information. After more time pasts, we’ll also see whether this partnership can stem the continual loss of Microsoft’s search marketshare to Google.

Venturebeat managed to capture the following screenshots before the integration was removed (presumably only temporarily).

Update 2: Since it’s back, we’ve had a chance to try it out and make a few observations: 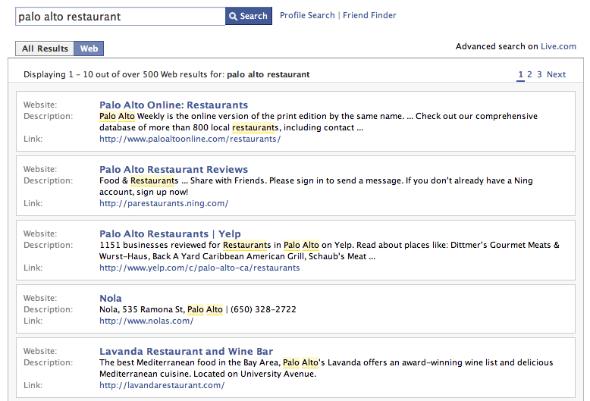 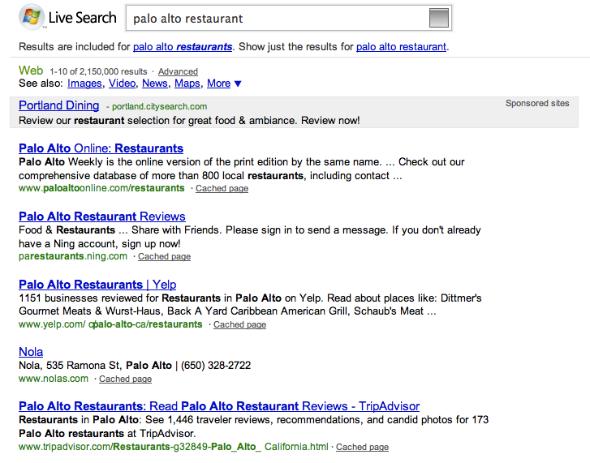