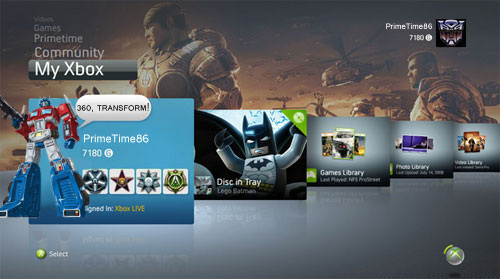 Announced at E3 and coming to the Xbox 360 on October 28 in North America is Scene It? Box Office Smash.

“Scene It? Box Office Smash” also is Xbox 360’s first game to debut with the New Xbox Experience’s player Avatars. Players can literally put themselves into the game through personalized characters that respond to your play and interact with each other throughout the course of the game!

One might surmise from this excerpt from the press release that NXE is coming this month, but earlier reports are that it would be out in November. Microsoft is mum on an exact launch date other than “this fall.” The Xbox team has been showing off bits and pieces of the new dashboard over on the gamerscoreblog.

If anyone can get within a day of the actual launch date then I’ll send something your way. Maybe some Xbox 360 games or whatever else I have lying around the office. Leave your guesses in comments. We’ll cut it off when I see fit.