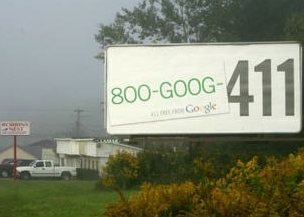 Google has always been more an adversary to traditional Madison Avenue advertisers than a friend. But with economic woes looming, there aren’t too many companies with growing advertising budgets. Google is on track to spend nearly $2 billion this year on sales and marketing, yet it’s offline advertising budget is estimated to be only $20 million a year. A story in today’s Wall Street Journal suggests that Google might be overcoming its distaste for traditional forms of advertising as it grows into a global brand. Excerpt:

But there are signs that the internal debate is causing Google to shake-off of its reluctance to advertise. The search giant has recently held discussions with several Madison Avenue agencies, including Wieden + Kennedy and the boutique firm Taxi New York, about new efforts to promote some products, according to people familiar with the matter.

But does it really need to do that? Google’s success is predicated on the fact that traditional forms of advertising are less effective than paid search, contextual, and other, more measurable, online ads. Google is already considered to be the 10th most valuable brand in the world, and it got there without spending money on TV, print, or radio advertising. It got there by weaving itself into the daily habits of nearly anyone who uses the Web. Google markets itself through its products.

That’s not to say there is not the occasional billboard for GOOG 411 (it’s free 411 service), or that it won’t co-brand products such as T-Mobile’s upcoming G1 Android phone. But as far as moving towards splashy TV or magazine ads, that could actually hurt Google’s brand. Fortunately, as the article notes, founders Larry Page and Sergey Brin “remain cautious and have pushed back against some ideas they believe are inconsistent with the company’s image.”

The best thing Google can do is to continue to eat its own dog food. As it pushes into radio, print, and TV advertising with new approaches, it should test its advertising systems with its own ads. And selective ad campaigns to promote new services that have yet to gain traction is not a bad idea. (I’d love to see an ad campaign for Google Docs along the lines of the “I’m a Mac/I’m a PC” Apple ads). But launching an indiscriminate offline ad campaign would be counter to everything Google stands for.