Just off its first major upgrade, socialmedian, a service that lets users find and share news from within their social networks, announced today that it’s offering a new feature called “replize,” which enables sociamedian users to interact with each other using @username short codes, much like Twitter. But according to the company, its @username functionality is one of the most advanced in the space and aims at enhancing the overall experience. That’s debatable.

Much like Twitter, sending a replize requires the @username to be anywhere in the comments field. Unlike Twitter, once the “reply” link next to the person’s comment is clicked, it’ll automatically pre-populate the text input field with the user’s @username. Once the replize is sent, it’s highlighted for the recipient and they can choose to receive a notification via email whenever they receive a replize.

To enhance the functionality of the page, socialmedian has added a “Replize” tab to the homepage to make it easier for users to view all the discussions between themselves and others. Perhaps most useful for those who are addicted to Twitter, socialmedian will soon let its users send tweets via replize.

socialmedian also announced that users can now connect their Flickr accounts to their socialmedian accounts. Users can choose to add every Flickr photo in their library, as well as favorites or only those matching assigned keywords.

All of the new socialmedian features (except for Twitter integration) are available now. 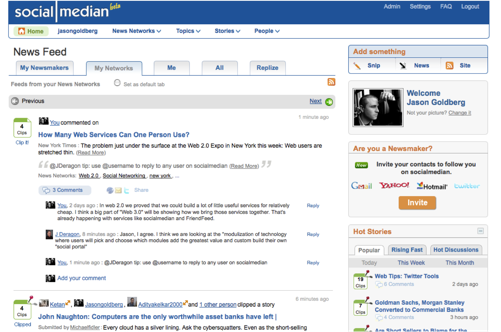 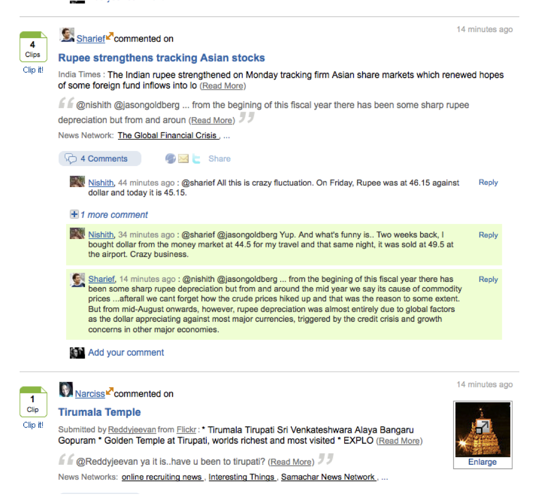