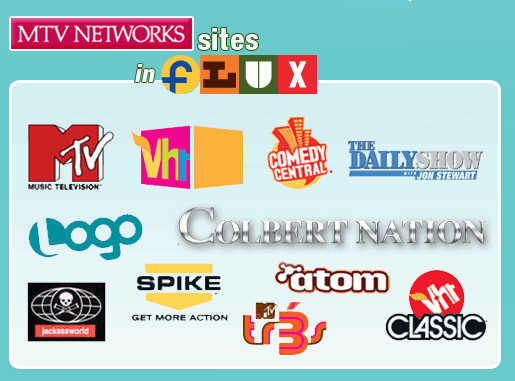 MTV Networks has acquired the remaining portion of Social Project that it did not already own. Terms were not disclosed. Previously, MTV Networks was a minority investor in Social Project, which is behind the Flux social-networking platform powering many of its sites, including MTV.com, TheDailyShow.com, and ColbertNation.com. Social Project, which competes with Ning and KickApps, had previously raised $47.5 million, mostly from MTV’s parent company Viacom.

Social Project started life as Tagworld, before partnering with Viacom to add social media features to its sites. Last November, Flux was launched as a joint venture to let people create their own niche social networks and tap into Viacom’s vast library of video content. Since then, Flux has added about 2 million members, bringing the total to 7.6 million across about 1,000 different sites. The biggest one is MTV.com, with 600,000 registered members. Of those, 40,000 signed up on one day alone, the day of the MTV Video Music Awards on September 7. (You have to be registered to leave a rating or comment.). And, according to MTV Networks, engagement levels across all of MTV.com (as measured by time spent on the site and pageviews) are up 20 percent, and up 140 percent among Flux members.

Compared to other social networking platforms, Flux still powers a relatively small number of sites. For instance, there are 475,000 individual Ning social networks, compared to 1,000 for Flux. But the number of people each one reaches may not be so far apart. Although Ning does not break out its total number of registered members, comScore measures 6.9 million monthly unique visitors worldwide. That is not an apples-to-apples comparison to Flux’s 7.6 million registered users. Monthly visitors and registered users are two different things and, unfortunately, comScore does not do a good job measuring Flux. (For a point-by-point comparison of Flux and Ning, see Last year, Ning CEO Gina Bianchini analysis that we published last year on TechCrunch).

Flux, for its part, is trying to position itself more as a platform for sharing social media in than a social network per se. For instance, if I am a Flux member on MTV.com and then I join your Flux social network, I can automatically bring my entire collection of videos and other content that I’ve already organized on MTV.com with me. I’m not sure how much people will want to organize their social lives around Viacom content, but this acquisition does give the media company a way to add social networking features to all of its sites without relying on a someone else’s technology, whether that be Ning, Facebook, or MySpace.