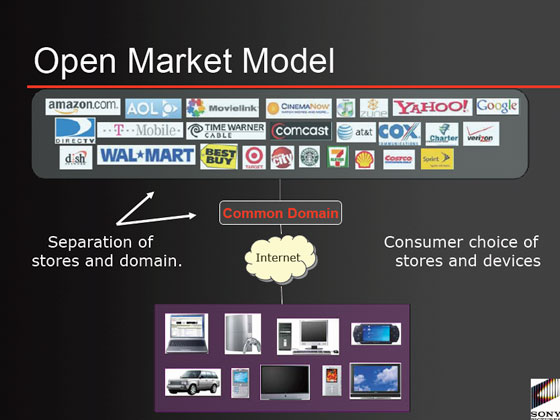 A consortium of digital entertainment companies including movie studios, digital device manufacturers, and electronics retailers are trying to take on Apple by standardizing their DRM practices. Originally dubbed “Open Market,” the official name of the initiative is now the Digital Entertainment Content Ecosystem (DECE). As we first reported a few weeks ago:

Open Market is a set of policy decisions and a software and services framework that will allow interoperability of various formats and DRM schemes that are currently splintering the market. That splintering locks users into a single store and format, and is putting a stranglehold on widespread adoption of movie sales online. Multiple sources have indicated that the studios are putting their weight behind the initiative to avoid the fate of the music industry and as a last ditch effort to stop or slow non-DRM movie sales.

The basic idea is that if you buy digital content for one device, it should play on any device. And instead of having 50 different rules for how many times you can play a digital download movie and on how many different devices, DECE will come up with one industry-wide standard. Content and devices that comply with the DECE standard will sport a new DECE logo.

Notice the glaring absence of Apple and Disney? That’s because Apple already figured this out a long time ago with its Fairplay DRM on iTunes (which also sucks, but at least it is consistent). 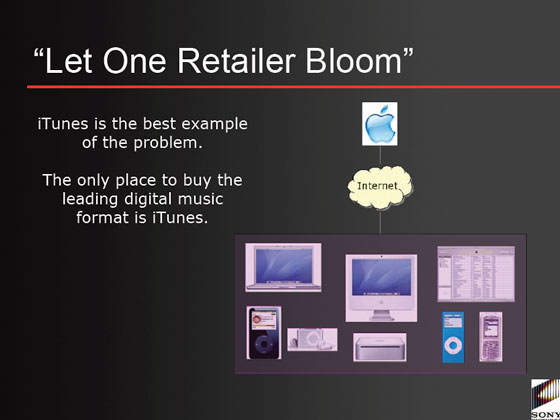