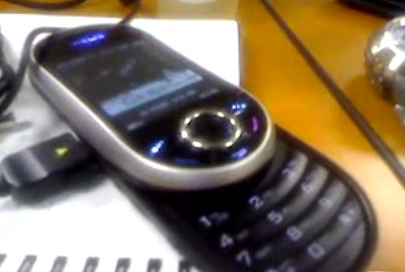 Already blue-faced from holding your breath for Oz 2? You might just go purple before you’ve got one in your hands. According to Jayne Wallace, spokeswoman for Virgin Mobile, we won’t be seeing it on the shelves until 2009. Why? Because it’s not yet “the best it can be.”

This one pangs the heart a bit to write about. As a longtime rooter of Helio’s efforts, I’ve got at least a handful of people I’d consider friends who worked at Helio, some now under Virgin Mobile’s roof after the acquisition. At the same time, I have an obligation to my readers (and myself) to be as objective as possible in my writing. (Oh, and for the sake of full disclosure: Though a writer by day, I occasionally don a consultant’s cap. Helio is one of the companies I have consulted.)

This phone needed to come out in 2008. Hell, it probably should have come out in 2007, as soon after the release of the original Ocean as possible. It needed to ride that tide of hype that the Ocean managed to generate, while fixing the nasty little issues that kept the original from being superb. To push it back into 2009 is to further let it slip into obscurity behind the likes of the Sidekick series, not to mention the countless other teen-friendly QWERTY handsets.

Oh well – If nothing else, it might just wrangle in those stray customers that are interested in Virgin Mobile and want a QWERTY handset, but look at the Wild Card and turn the other way. For all I know, that’s exactly what is expected of it.