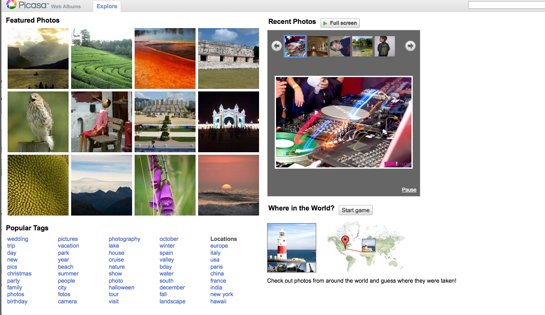 On the heels of a major upgrade earlier this week that added facial recognition and video-editing features to its Picasa photo management service, Google added a new Explore page today that shows off the most popular public photos uploaded by members. In addition to the featured photos, shown in a 3 X 4 grid, the Explore page also shows the most recent photos uploaded in a slide-show widget. Below, it offers a list of the most popular tags. For instance, here are pictures tagged “New York.”

The Picasa Explore page also has a Where In The World? game that is mashup opf geotagged photos and Google Maps. It shows you a photo and you have to guess where it was taken. If you guess wrong, it tells you how far off you are in kilometers. This is fun for outdoor photos, but when people upload geotagged photos of a generic apartment of a plate of food, it can become tricky. 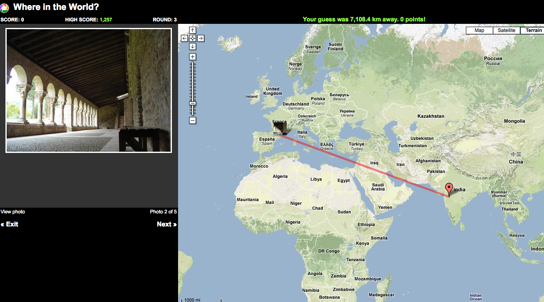 It is not clear how Picasa chooses what photos to feature, but it is obviously borrowing from Flickr’s Explore page, which shows photos based on its on ‘interestingness” algorithm. I find Flickr’s photos much more interesting than Picasa’s (keep working on that algorithm, fellas). Flickr too has a map mashup that shows geotagged photos on a map (although, it is not a game). 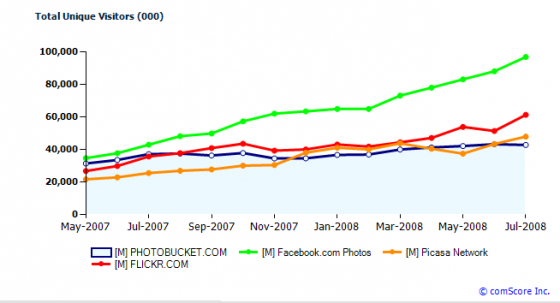