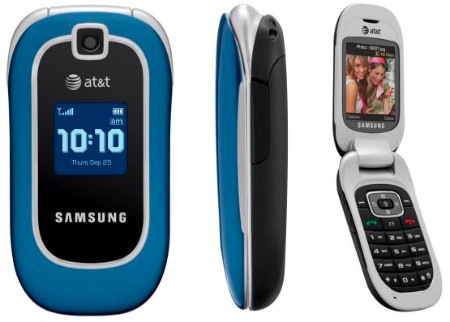 While Samsung’s a237 may not be the most exciting or feature-packed handset they’ve ever released, it’s easy on the eyes and likely to be dirt cheap, so you’ll be seeing it around. Who knows? Maybe you’ll see it in the hands of some cute girl at the bar. Girls love guys who can name phones by their model number.

Besides bringing some brightly colored curves to the low-end of AT&T’s line up, there’s not much to see here: Bluetooth, quad-band EDGE, 0.3 megapixel (yikes) camera, and all the basics. It hasn’t hit AT&T’s site just yet, but expect it in the free-to-cheap range sometime in the next day or two.