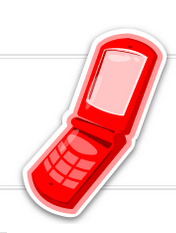 After hinting that it would do so last June, Google’s mobile team has released a Geolocation API for Google Gears. This works both on mobile phones and laptops running Gears, but developers will find it most useful for mobile applications. Unfortunately, they will be limited in that regard because Google Gears Mobile still only works on Windows Mobile phones, even though an Android phone is about to launch. (Maybe now that a new Android SDK is out, the mobile team can finally figure out how to make Gears work on Android too).

Google figured out how to find a mobile phone’s location for its own mobile apps, such as Google Maps, and is now opening that technology up as an API to outside developers. Two UK-based mobile startups—Rummble and lastminute— have already built the API into their services. The Google Mobile blog explains:

These two apps make use of the Gears Geolocation API. The API can determine your location using nearby cell-towers or GPS for your mobile device or your computer’s IP address for your laptop. Google provides this service for free to both developers and users.

Gears is available on IE Mobile on mobile and Internet Explorer and Firefox on desktop. To use the location-enabled lastminute.com and Rummble web apps you will need a Windows Mobile device that supports GPS or cell-id lookup (for example the Samsung Blackjack II and HTC Touch Dual, see supported devices FAQ). We are working hard to bring Gears to more mobile platforms, such as Android and others.

There is also more detailed information on the API on the Google Code blog.