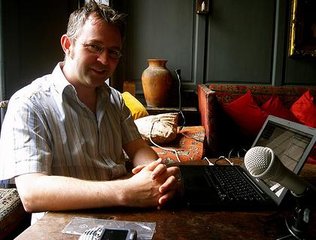 It’s been about a year since TechCrunch UK relaunched under the capable hands of editor Mike Butcher, and his hard work is paying off. Readers of the Computer Weekly have voted it the best Web 2.0 and business blog in the UK. Congratulations, Mike. He was also named one of the top 100 media personalities in the UK by the Independent and invite-only, hoi-polloi social club the Hospital. At No. 47, he even beat out Gawker Media founder Nick Denton, No. 58 (who is British, but lives in New York City).

We regularly highlight some of Butcher’s posts here at TC Central, but if you are interested in the European Web scene, we hope you’ll bookmark TCUK or add it to your feed. And for those of you who read French, Ouriel Ohayon at TechCrunch France often scoops us on news. Both blogs have really helped us raise our visibility in Europe, and help us keep tabs on Web startups over there.