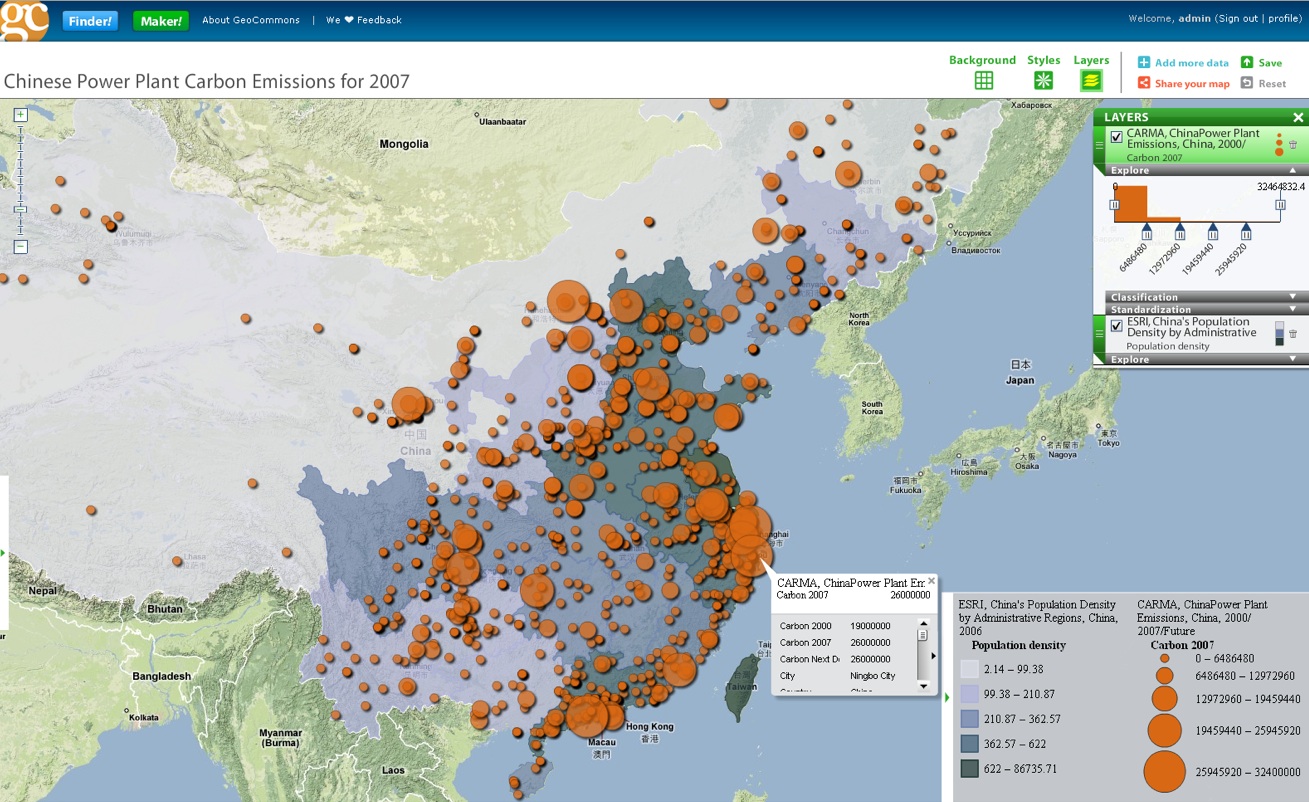 Online map mashups are about to get a whole lot more sophisticated. A startup in Arlington, Virginia called FortiusOne (based on technology out of George Mason University) is developing a service called Maker! that will let anyone easily find geo-tagged data available on the Web and map it. One piece of the service is already available: a search engine for geo-data called Finder! It lets you find sets of geographical data already on the Web, store it, and organize it, or upload your own. Both are being built around its GeoCommons brand.

Finder! will be combined with Maker! so that all of that geo-data can be easily placed on a digital map. The company is still putting the finishing touches on Maker!, but we’ve obtained some screen shots of the types of maps it will be able to create. For instance, in the screen shot above, carbon emissions data from Chinese power plants (the orange circles) is laid over population density (the darker the shading, the more people per square mile). When you mouse over any bubble, the underlying data pops up.

The maps below show Facebook users in the U.S. by city and a comparison of Hispanic concentration versus population density in San Francisco. 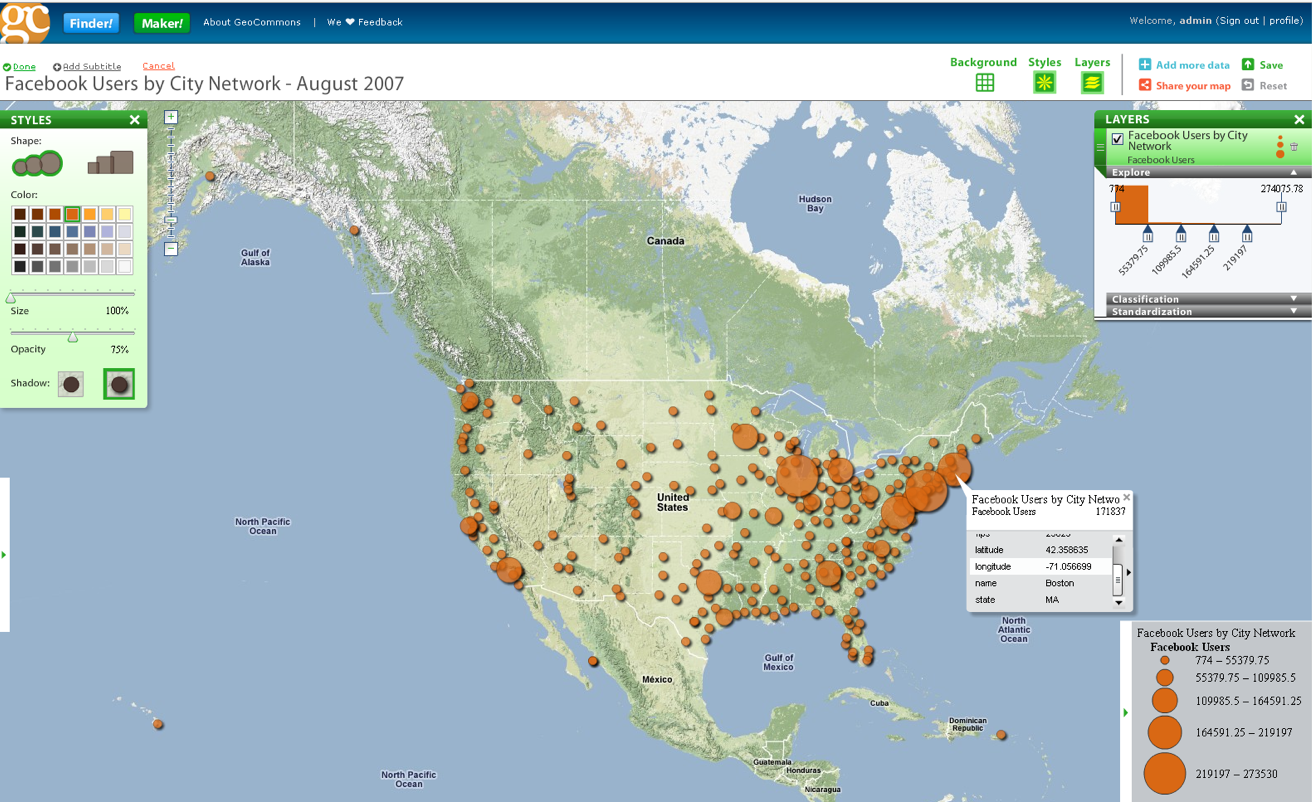 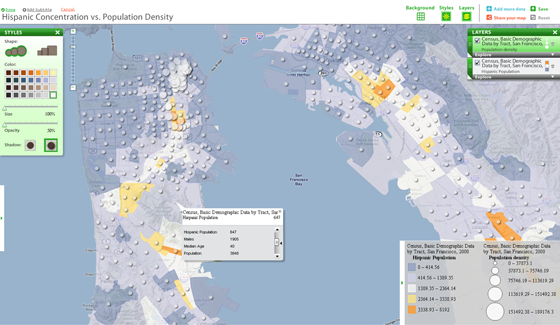