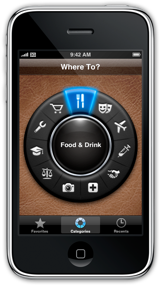 iPhone application development house taptaptap has published sales figures for the first month of sales for their two AppStore applications, bringing further insight into overall sales volume and figures for the online store. The two applications developed by the company are WhereTo, an application that provides a more general GPS interface to the iPhone with location-based services, and Tipulator, a simple tip calculator.

WhereTo retails for $2.99 in the store and 24,094 copies were sold in the first month – netting the company just over $50,000 in revenue after Apple took their cut (it currently ranks #69 on the top paid application list). Tipulator retails for 99 cents, and sold 3,168 copies which resulted in just over $2,200 of revenue (it is currently unranked). The table below outlines overall sales volumes and revenues for each application:

taptaptap AppStore sales and revenue numbers for US sales, month 1

The resulting net profit and sales figures are good for a small company that has developed one application that is relatively sophisticated, and another that is very straight forward and simple but yet still brings in $2,000 a month. There is definitely great revenue potential for developers of iPhone applications, as users of the AppStore and the iPhone in general are more likely to pay for applications. Integrating with iTunes makes the process simple for the user, but for the developer poses a challenge as all applications must be submitted to Apple and must meet their approval.

We should also note that while both of these applications have done well, their download figures unsurprisingly pale in comparison to those of Facebook and Tap Tap Revenge, both of which have over 1 million users. The real money in the App Store may well lie in monetizing these free applications, be it through integrated advertising or downloadable content (though it remains to be seen what restrictions Apple will place on this kind of strategy).