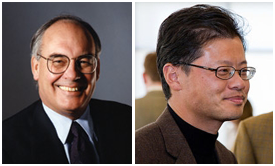 Yahoo’s retally of its shareholder votes shows the deep-seated anger among shareholders and how close CEO Jerry Yang and chairman Roy Bostock were to being ousted from the board of directors. The votes had to be recounted after one of Yahoo’s largest shareholders, Capital Research and Management, questioned the initial results. (The miscount was the fault of Broadridge Financial Solutions, the proxy processor—their credibility is shot now). Half of the “No” votes for Yang and Bostok were initially never counted. Instead of the initially reported 15 percent and 21 percent of votes withheld for Yang and Bostock, respectively, the true “No” votes were double that: 34 percent for Yang and a whopping 40 percent for Bostock.

Those numbers are dangerously close to what would have been needed to kick them off the board. And it raises the question of what would have happened if Carl Icahn had decided not to back down from a full proxy battle. While it is doubtful that Icahn would have been able to overturn the entire board, he might have been successful removing Yahoo’s chairman and CEO. Between himself and other allies such as John Paulson and T. Boone Pickens (who ended up selling his shares at a loss), the Icahn contingent controlled at least 10 percent of the votes. That could have been enough to get rid of Bostock (depending on how Paulson voted his 4 percent stake). And keeping up the public pressure could have won over enough votes to kick Yang off his own board as well.

All together, that’s half the board within striking distance of being replaced. Did Icahn miscalculate when he backed down? Or are the three board seats he now has in hand better than the five in the bush he could have had a shot at? 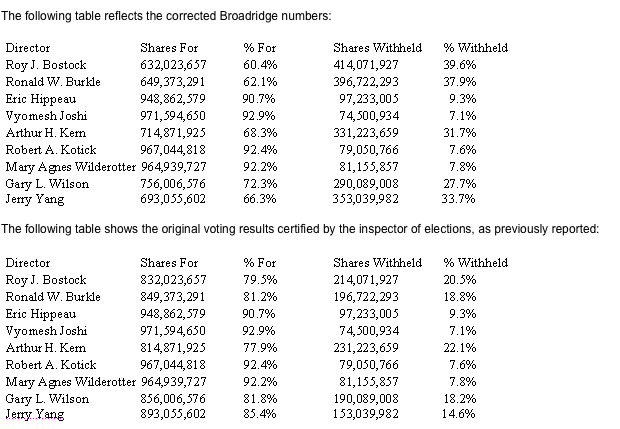