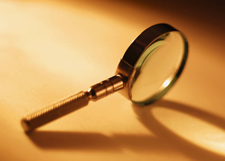 The Pew Internet Project has released a report detailing the search habits of Americans, and they confirm what many of us already know: Internet search has become a part of daily life for many people, to the point that it is challenging the dominance of Email, the web’s longstanding killer app.

According to the study, nearly 50% of internet users use search engines like Google or Yahoo on a daily basis – substantially more than the number of people who check news (39%) or the weather (30%). While search still falls behind Email use, which holds steady at 60%, it is showing significantly more growth. In the six year span between January 2002 and May 2008, search use increased by 69%, while Email use grew only 15% during the same period. 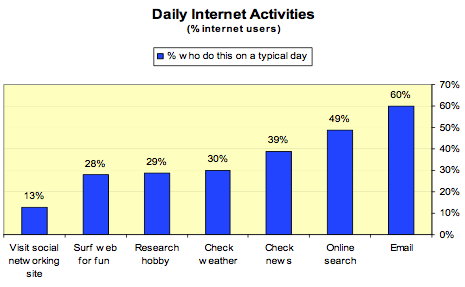 It’s important to note that this data pertains only to usage on a “typical day”. 90% of web users use a search engine at some point over the course of a month – a figure that has held relatively constant over the years. But as search engine accuracy has improved, more people are turning to them for their day to day information instead of traditional tools like bookmarks and homepages.