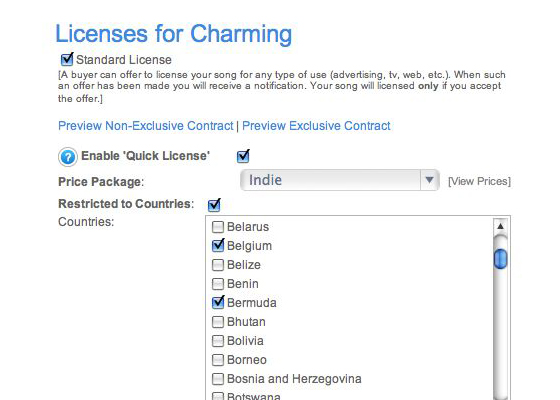 Over a year since launching its music licensing marketplace into beta, Israeli startup YouLicense has raised $1 million in funding from the Logia Group and Ofer Media.

YouLicense is positioning itself as a marketplace for low cost music licensing, similar to what iStockPhoto did for stock photography. YouLicense’s system lets music sellers (licensors) and buyers (licensees) communicate, negotiate, contract, and transact directly. Licenses are typically in the $20-150 range with a 9% commission charged to the licensor upon the completion of a transaction.

Since launch, the company has amassed a repository of 50,000 songs licensed by independent labels and artists. YouLicense has chosen to be “licensee-friendly” and not require song exclusivity, meaning that licensors are free to monetize their music anywhere else in addition to YouLicense.

While YouLicense expected to license most of its music for use in advertising, film and television, the bulk of its licenses have been in the long tail – specifically, for slideshow and website background music, corporate presentations, online and mobile videos, and indie film making.

Prior to this round, YouLicense operated on a mere $100,000 in pre-seed funding. CEO Maor Ezer says the company plans to roll out a white labeled marketplace in addition to storefront applications for Facebook, MySpace and Bebo in the next few months.