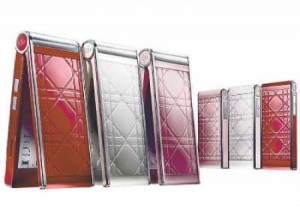 ABI predicts revenues from luxury branded handsets will exceed $11 billion next year, increasing to more than $43 billion in 2013.

“For luxury goods producers, mobile phones are a logical addition to their basic product portfolios of jewelry, watches, and other fashion accessories. From the perspective of handset manufacturers, a luxury mobile phone does not simply mean a new handset model, it represents a meaningful strategic approach to increased brand equity.”

Given the competitive environment in the handset market, ABI says that mobile phone manufacturers are recognizing the power luxury designers have long understood, the power of branding.

For more on the report, see ABI Research.