Justin.tv, one of the first live video streaming sites, has announced its 1 millionth registered user since its launch in March 2007.

Justin.tv has a number competitors, namely Stickam, Mogulus, and Ustream.tv, but has managed to keep a strong presence in the space (maintaining attention along the way with a number of media stunts). We’ve analyzed the competition several times.

In March we took a look at Justin.tv’s growth through its first year of operation. In that post, we included user and data statistics until that point, and we’ve included a similar set today:

Justin.tv has seen explosive growth since March, gaining 650,000 new users and the equivalent of 62 more years of video to be exact. Below is a chart that represents their growth in weekly new registered users for the past year. 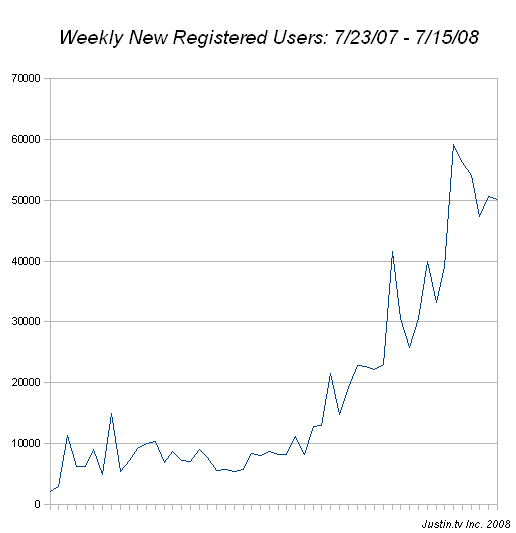