Some Twitter users have encountered a new design while using the microblogging service today…only to see it disappear once they refresh.

Below is a screenshot that Zain Memon managed to grab before it went away. Tabs like Recent, Replies, and Everyone have been moved to the right-hand column.

Overall, nothing too major. Corvida from SheGeeks points out some of the most obvious changes:

Tabs are now to the right of the screen

Time stamps and “from” stamp are in italics

Latest tweet has been pushed under the “message box

If someone sent a message via text, the txt link takes you to the Official Twitter Commands page

The previous update also does the same for Twhirl, Twitterrific, and Twittelator. Meaning it takes you to their respective homepages

The search box was also moved (Thanks Orli!)

One thing conspicuously not included in the new design: advertisements, like the ones you’ll see on Twitter Japan. 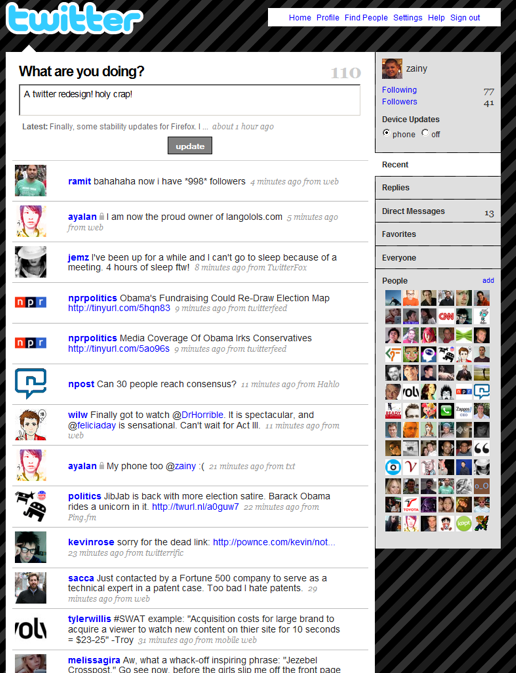 Update: And another from the comments: 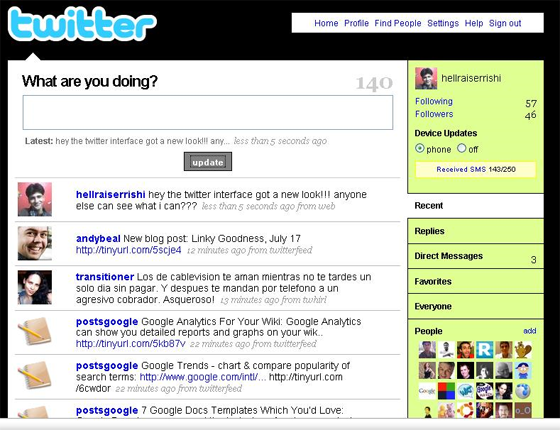