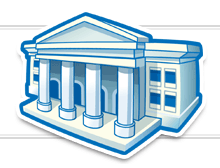 Both the Senate and House Judiciary Committees are holding separate hearings today on the antitrust issues raised by the proposed Google-Yahoo search advertising deal. (More details on the deal here). Microsoft’s general counsel Brad Smith, whose fought his own share of antitrust battles on behalf of Bill Gates, will be wagging the antitrust finger at Google. In his prepared testimony, he will claim that the deal potentially gives Google control of 90 percent of search ads, will lead to fewer choices and higher prices for advertisers, and raise serious privacy concerns for consumers. He will say:

If search is the gateway to the Internet, and most believe that it is, this deal will put Google in a position to own that gateway and the information that flows through it. Never before in the history of advertising has one company been in the position to control prices on up to 90 percent of advertising in a single medium. Not in television, not in radio, not in publishing. It should not happen on the Internet.

Google’s chief legal officer David Drummond will respond that the deal is good for consumers because they will see better ads, and good for advertisers and Web publishers because more people will click on those ads. He will maintain that Google will not control all of Yahoo’s search advertising, and will point out that Yahoo will compete in that arena, continuing to sell its own ads. It will also continue to compete in regular search. And as for privacy, Google and Yahoo will not exchange “personally identifiable information” about each user.

Here are Drummond’s talking points, which are summarized on the Google Policy Blog (where you can also find his full testimony):

* This agreement will be good for Internet users (who will see ads that are better targeted to their interests); advertisers (whose ads will be better matched to users’ interests, allowing them to reach potential customers more efficiently), and website publishers (who will see increased revenue from better-matched ads on their websites).

* Google and Yahoo! will remain vigorous competitors, and that competition will help fuel innovation that is good for users and the economy. As we’ve said before, commercial arrangements between competitors are commonplace in many industries. Antitrust regulators in the US have recognized that consumers can benefit form these arrangements, especially when one company has technical expertise that enables another company to improve the quality of its products.

* Our agreement will not increase Google’s share of search traffic, because Yahoo will continue to run its own search engine and compete in online search.

* We’re particularly excited that as part of the agreement, Yahoo! will make its instant messaging network interoperable with Google’s. This will mean easier and broader communication among a growing number of IM users, and enable users to choose among competing IM providers based on the merits and features of the services.

* We have taken a number of steps in the Yahoo! agreement to protect user privacy. As Google supplies ads to Yahoo! and its partners, personally identifiable information of individual Internet users will not be shared between the companies. Yahoo! will anonymize the IP address of a searcher’s computer before passing a search request to Google.

That last point about Yahoo anonymizing user IP addresses could set an interesting precedent. Advertisers would rather see those IP addresses freely shared across ad networks and Websites so that consumers can be targeted no matter where they go on the Web. But Yahoo and Google obviously felt it could have been a big enough issue to squirrel the deal with the government. As Congress looks at behavioral targeting in general further down the road, that could pop its head up again (even n a non-antitrust context).

These particular antitrust hearings have been brewing for a while. Google and Yahoo have tried to protect themselves against Microsoft’s criticisms by structuring the deal as a straightforward arms-length commercial agreement. And the fact that Microsoft has a lot at stake in seeing the deal squashed doesn’t make it the strongest witness at these hearings. It is not exactly a disinterested third party, since it is still trying to wrangle the search business from Yahoo itself.