MySpace and Google demonstrated an interesting mashup of the MySpace Data Availability API, oAuth and the iGoogle gadget specification at the oAuth Summit a couple of weeks ago. The application, which pulls the core MySpace feature set into iGoogle, is not yet publicly available, although MySpace has said to expect in in August.

It’s another example of data portability in action (as well as the alliance between MySpace and Google to compete with Facebook). The example application MySpace has built for iGoogle is a gadget that allows MySpace users to check profile updates, their status messages and private messages – all from within the gadget. The gadget is built according to the new gadget spec, meaning that it should also work with other sites (such as Yahoo) that also support the gadget and oAuth.

These are the screen shots that were shown at the conference: 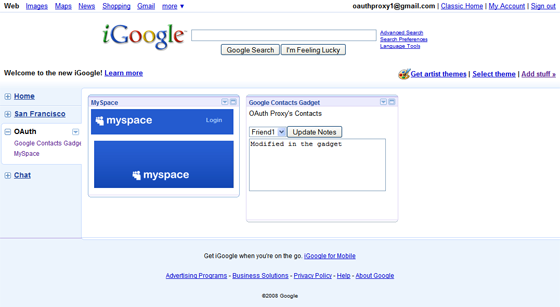 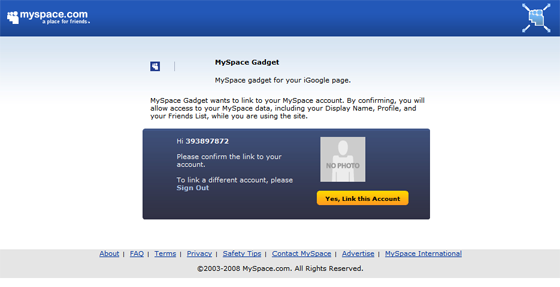 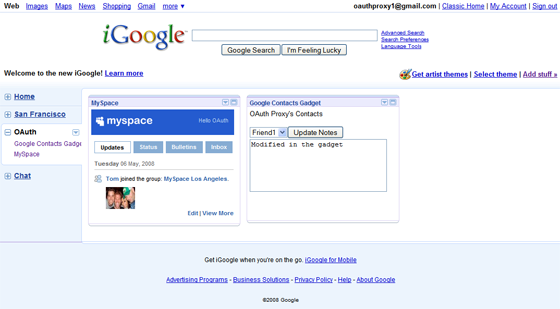 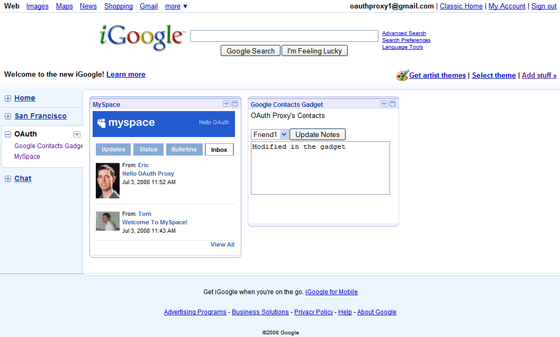 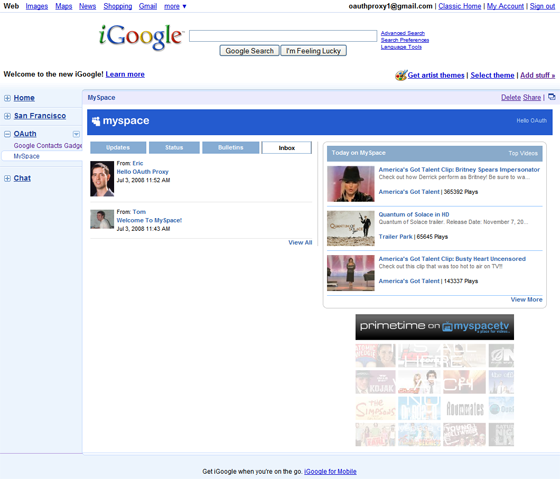 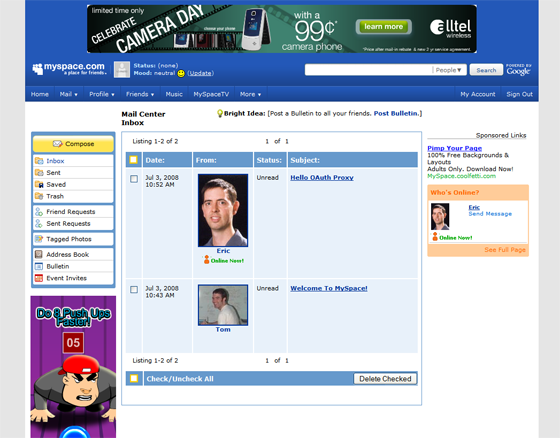