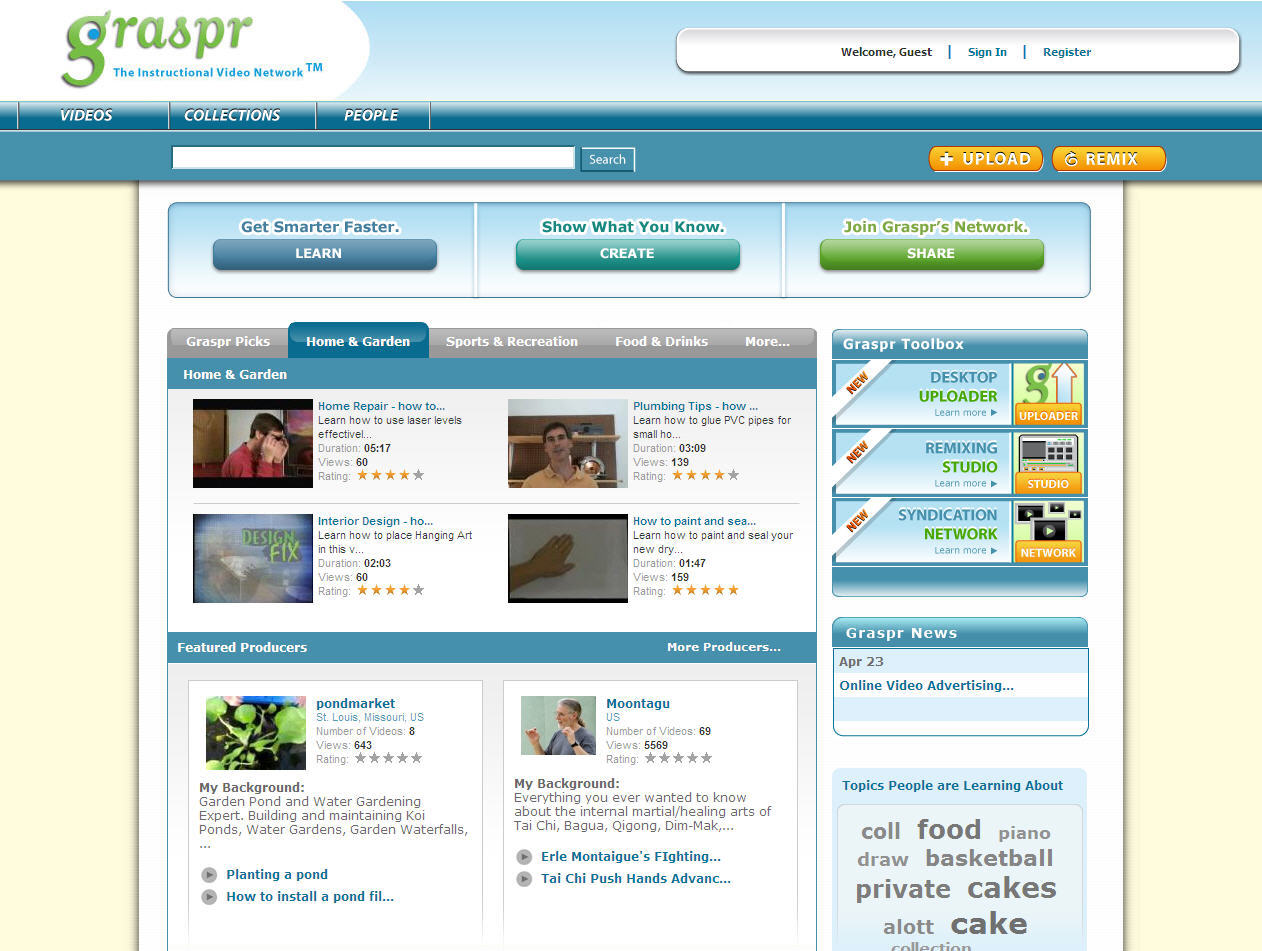 You could say we were less than enthused when writing about the launch of Graspr last September. The nascent instructional video site captured our attention because it was led by an ex-Yahoo VP, but it didn’t really do anything to stand out from the crowd.

It turns out we weren’t the only ones to notice the service needed a little something extra. Graspr has shifted its strategy away from developing a destination site for instructional videos and towards an aggregation and syndication network for those videos. Along the way, it has also picked up $2.5 million in Series A funding from Draper Fisher Jurvetson and angels. And it’s rolled out a new design with additional functionality centered around what it’s calling “connected learning”.

Graspr now has a feed tool that pulls instructional videos from across the web and includes them in its repository of content. These videos fall into 17 categories such as home improvement, food and drink, sports and recreation, and crafts. They are then syndicated out to a network of publishers that want to compliment their existing content. About 200 such publishers have signed up during a closed beta period of the syndication service, although CEO Teresa Phillips thinks there are about 2,000 sites per category that would make good partners. These are mostly sites that provide text-based instructions and want to integrate more rich media into their offerings.

As for making money off this network, Graspr intends to run video overlays and split the revenue three ways between itself, the content producers, and the end publishers. There is also an opportunity for advertisers to sponsor video players and wrap them in their branding (apparently educational service companies are the most eager to build their brands in this manner). In the longer term, Phillips anticipates that product placement will become an increasingly important way for Graspr to monetize its videos.

Will the strategy succeed? It’s too early to tell, but if Brightcove is any indication, Graspr should resist setting its expectations too high. We hear that its syndication platform – albeit intended for a broader range of content – has been only a modest success. Perhaps Graspr will find that its publisher niche is particularly eager to integrate 3rd party video content – especially if that video can be monetized effectively.