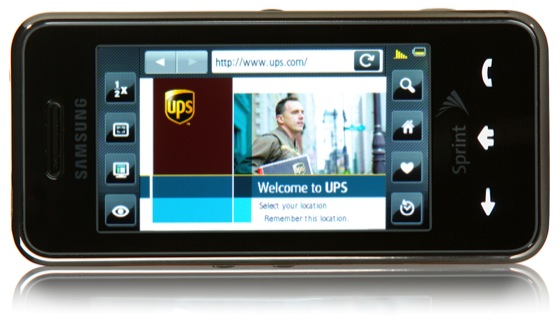 Just got word from Samsung that we’re good to go on our “Use Your Instinct” Haiku contest. Every week we’ll be giving away a cool Samsung phone culminating in the Samsung Instinct!

We begin our contest this week gunning for the M520. The haiku should focus on hearing and must be tweeted to UseYourInstinct. We will close entries for this week at noon on Tuesday, July 15.

What is a haiku? Here’s an example. It’s a short poem of three lines consiting of 5 syllables, 7 syllables, and 5 syllables.
For example:

Read on for the rules.

Contest Rules:
1) Write a haiku about the sense of touch, sight or hearing using the traditional 5 syllable/7 sylllable/5 syllable formatc
2) Keep the entries clean. Haikus that include foul language will be deleted from the contest and will not be eligible to win.
3) Twitter (Tweet) the Entry to UseYourInstinct. If you’re not part of Twitter, simply create a login. While you’re there add CrunchGear, John B, and Nicholas, and Doug.

@useyourinstinct Whitecaps on the bay: /A broken signboard banging/ In the April wind.

This uses an example haiku by Richard Wright. You should simply type @useyourinstinct [your haiku here].

Your tweet may not appear immediately. Our bot only updates once an hour.

3) Make it creative. The most humorous and clever haikus will be most likely to win a free Samsung Instinct, Ace or M520

Contest Length/Prize Information: The contest runs from July 8 until July 28. One entry each week from the sense of touch, sight and hearing wins
Number of Entries: Participants can enter as many times as they want, but can only win one prize. CrunchGear Staff will pick the winners each week.