We’ve seen a number of music sites like Seeqpod and Grooveshark that leverage user-uploaded music scattered across the web to offer free, on-demand jukeboxes. These services manage to skirt legal repercussions by only serving content that is hosted on other sites, which makes them harder to sue (though some have tried).

Streamzy, a media search startup that launched earlier this year, has taken this approach one step further. Instead of trying to index user-generated content, Streamzy uses Seeqpod’s database as a content source, which it further refines by weeding out broken links. The site, which used to only support audio, has just introduced video playback as well.

Streamzy offers a streamlined (and much improved) interface for Seeqpod’s content, sporting a minimalist player that neatly labels each song by title and artist name. Beyond basic media playback, Streamzy also offers an intuitive drag-and-drop playlist maker that users can save for future reference. In the future the company plans to allow for users to embed playlists on their blogs and social network profiles.

Streamzy isn’t much more than a resigned interface for Seeqpod, but it’s a redesign that was badly needed. And while it will have a hard time differentiating itself from the likes of Jogli, Songza, Soundflavor and a number of others, it’s a good place to start for music on demand. 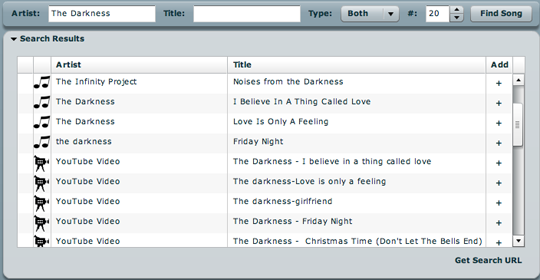