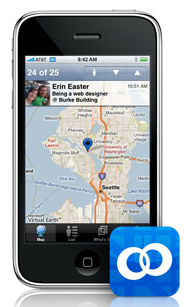 The launch of Apple’s iPhone App Store is just around the corner – developers are saying their best guess is July 7, just before the release of the iPhone 3G on July 11.

Apple is putting a lot of pressure on application developers not to demo their apps until the App Store is live, so there is going to be a ton of press on the launch day talking about new applications. We have been shown a number of new apps under embargo, and have taken some video footage of our favorites to show on the launch day.

We have a better idea, though, to really help developers get the word out on launch day. Create a short video demo of your application and submit it to us below along with a description, link to the product, etc. (use either the iPhone emulator or just point a video camera at an iPhone to record the video). We’ll hold the information under embargo until the day the App Store launches and you are free to publicize the application. Then we’ll feature the best ones on TechCrunch and point to an iPhone app directory on CrunchBase where readers can view the demos and download the apps they like.

Please use the form below.