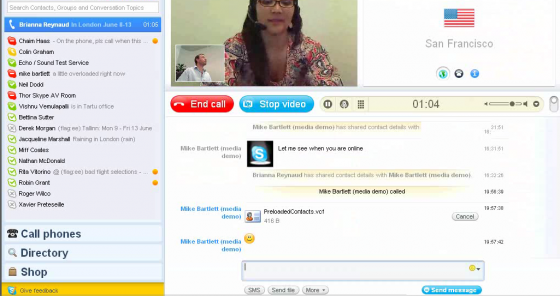 Skype is getting a major, much-needed upgrade: Skype 4.0. President Josh Silverman calls it the “biggest new release in Skype’s history.” The new software client, which which will be released here in beta tomorrow (for Windows only), takes up the whole screen. Video is front and center.

“Our old UI was purpose-built for voice ,” Silverman tells me. (I put an excerpt from my interview with him up on TalkCrunch, or you can listen to the audio file directly). Now by going full-screen, the functionality can be spread out and made much simpler. It also makes it a better video-chat client. There is a big green “video call” button now. There is picture-in-picture functionality, and you can move the thumbnail around that shows your video.

The peer-to-peer technology ensures good quality video, and there is more space available for text chatting or sending files while the conversation is going. When you do a video chat, it really has the feeling of being in a video chat room. You can also pull in videos from Metacafe and DailyMotion (but not from YouTube). While Skype can handle up to 25 participants on the same call with voice, it is limited to one-to-one video chats at this point. Although, those can be combined with multi-party voice and text chats where everyone else just hears the audio. In comparison, Paltalk can do thousands of simultaneous video chats in a similar room-like environment.

The other major change in Skype 4.0 is that the entire experience is now centered around conversations and managing those conversations, whether those are with groups or individuals. Skype 4.0 lets you import contacts from Outlook, Outlook Express, Hotmail and Yahoo Mail. (No Gmail, another snub to Google).

There are also other improvements, such as automatic detection when you plug in a new headset or if your laptop lacks a built-in microphone. It also has software tools for testing your audio and video quality. All in all, Skype 4.0 is a step forward.

Skype, which is owned by eBay, boasts 309 million registered users and had $126 million in revenues in the first quarter. 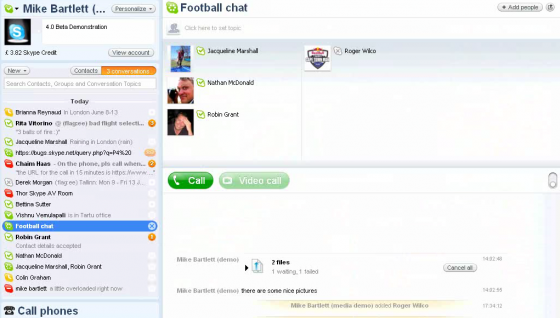 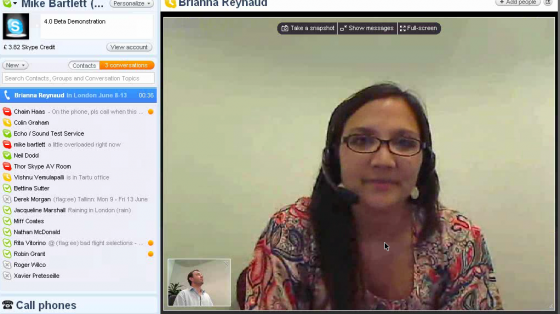 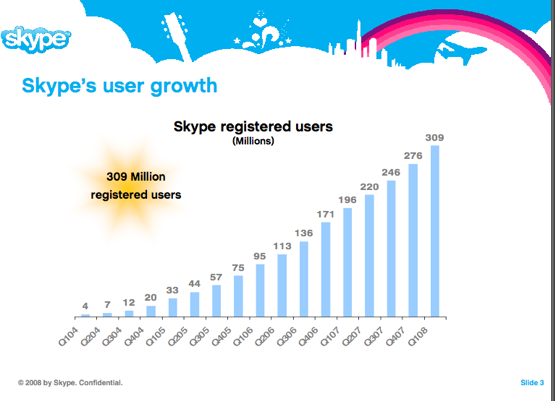 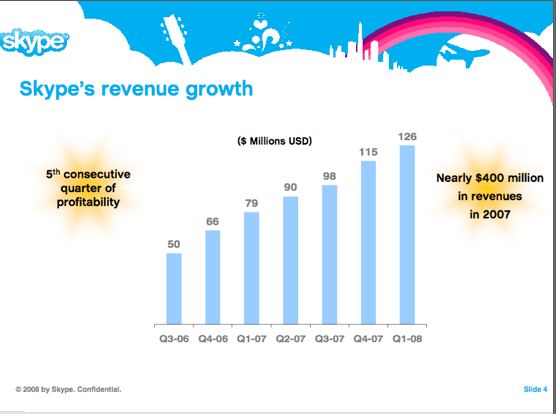