Social networks are, first and foremost, vehicles for personal expression and interaction. But for all the wall posts, direct messages and pokes, one means of communication is conspicuously missing: email (Yahoo understands this, if little else). Apart possibly from the phone numbers you keep on your mobile phone, there is no better electronic indication of your social graph than your email address book.

Aside from emailing out notifications to lure users back, however, social networks opt for their own proprietary messaging systems. Unfortunately, these systems are much less powerful than email, and they’re certainly not as ubiquitous. Virtually everyone on the internet has an email account, but only a fraction of the digital populace happens to be part of the same social network as you.

Orgoo, a startup that has built an email-centric web interface for communications (see our coverage from 2007), thinks it can bridge the divide between email and social networking by pulling them together into a unified experience.

They will offer a white label solution to their webmail product marketed specifically to social networks looking to keep users on their sites for even longer periods of time. The result: Gmail and Facebook in one (or Hotmail and Friendster, if you’d prefer). 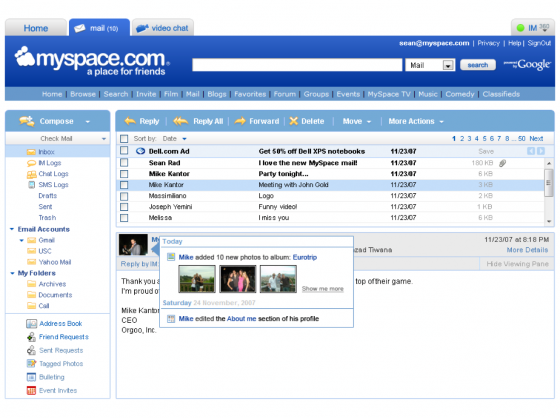 Orgoo integration into a social network would basically bestow upon that network webmail functionality. Users could send and receive email messages from any POP or IMAP-enabled account just a page away from their friends’ profiles and favorite social apps.

A range of synergies is also possible. When you receive an email from a friend in your network, you could see their current status message or recently added pictures. If the sender isn’t your friend but is part of the social network, you could be presented with an option to add them as a friend or view commonly shared friends.

There’s been talk that email is the true social network, since the people you email most must be the most important to you. That’s rubbish, of course. How are you going to check out that cute girl in class using email? Or share your favorite music and photos with several friends without annoying the hell out of them? 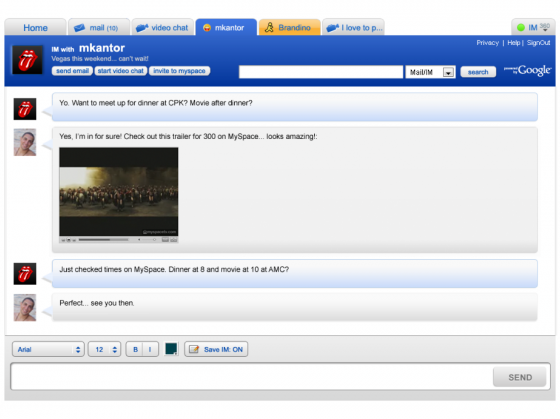 No. Email – no matter how advanced it gets – isn’t going to supplant Facebook, MySpace, and Orkut. But that doesn’t mean the social networks shouldn’t embrace email more tightly. Imagine the page view increases if users began checking their email messages along with their friends’ profiles. And the development cycles that would be saved by social networks that would otherwise need to replicate email functionality with their own messaging systems.

The benefits of integrating something like Orgoo wouldn’t necessarily stop at email. Orgoo would like to white label its instant messaging and video chat capabilities as well. The former would be particularly appealing to networks other than Facebook, which already has on-site instant messaging. None of the networks, however, has really embrace video communication yet.

Despite the potential mutual benefits of Orgoo integration (Orgoo itself would enjoy access to large, well-established user bases), the startup has a tough sell to make. Social networks will only reluctantly put so much of their users’ experience into the hands of a separate company. I imagine we’ll see smaller networks in the long tail implement Orgoo before any of the big players, such as MySpace, which was hypothetically mocked up in the shots accompanying this post. 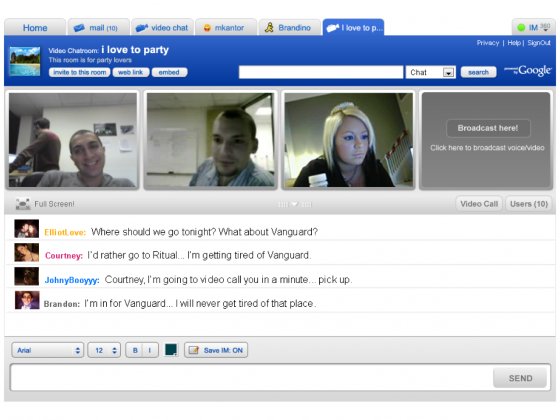 Check out Zenbe and Xobni for two other attempts to blur the lines between email and social networking.