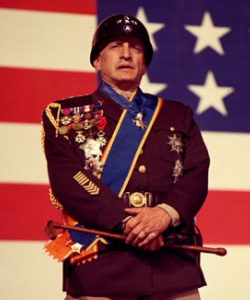 Kevin Johnson, president of Microsoft’s platforms and services division, sent the following letter to Microsoft employees today. He outlines the deal that Microsoft offered Yahoo, and argues it would have been better for Yahoo than the Google deal. Specifically, he estimates Microsoft’s offer would have added $1 billion to Yahoo’s operating profits. (In contrast, the Google deal is expected to add $800 million in revenues, and less than that in operating profits).

The letter reveals that the three components of the deal Microsoft offered Yahoo were:

1. Microsoft would have invested $8 billion in Yahoo! at $35/share;

2. Microsoft would have purchased Yahoo!’s search assets for $1 billion, and assumed the operations and R&D expense while returning data back to Yahoo! for use in their advertising business; and

3. Microsoft and Yahoo! would have entered into a long-term search partnership, where Microsoft would have provided favorable economics to Yahoo! search, including a three-year guarantee of higher monetization than Yahoo!’s Panama paid search system currently provides.

Here is the full text of the letter.

I wanted to take an opportunity to provide my thoughts and perspective on the conclusion of our discussions with Yahoo!, and its announcement of a commercial agreement with Google.

As I shared in my mail on May 18 (see attached), we have better options than a full combination with Yahoo! at the price it suggested, and we have moved forward on our strategy to grow our online business.

Let me share a little background with you. When we made our original proposal on February 1st to combine with Yahoo!, we offered a 62% premium that was based on a desire to reach an agreement in short order. The faster we could reach an agreement, the sooner we could begin the regulatory process and create value through this combination.

In a March 10th meeting in Palo Alto, we explained to Yahoo! management the importance of reaching an agreement by the end of April in order to have an opportunity to complete the regulatory process by the end of this calendar year. Because we could not come to an agreement on price by the end of April and given our concerns about Yahoo!’s business performance, we elected to withdraw our bid and pursue better options for Microsoft.

During the last few weeks, we spent a considerable amount of time with Yahoo! discussing an alternative proposal around search. Specifically, this search proposal had three components:

—Microsoft would have invested $8 billion in Yahoo! at $35/share;

—Microsoft would have purchased Yahoo!’s search assets for $1 billion, and assumed the operations and R&D expense while returning data back to Yahoo! for use in their advertising business; and

—Microsoft and Yahoo! would have entered into a long-term search partnership, where Microsoft would have provided favorable economics to Yahoo! search, including a three-year guarantee of higher monetization than Yahoo!’s Panama paid search system currently provides.

This partnership would have created a stronger competitor to Google, providing greater choice and innovation for advertisers, publishers and consumers. This approach could have been implemented quickly and would have simplified the integration process for both parties. It would have also established the basis for a long-term Internet partnership between Yahoo! and Microsoft.

We believe this proposal would have created compelling value for Yahoo! and its shareholders in at least three ways:

—New Transfer of Cash to Yahoo! Shareholders. This proposal would have transferred $9 billion from Microsoft to Yahoo!, which could have been used by Yahoo! to reward their shareholders.

—A More Compelling Search Offering. The combination of the search platforms would have unlocked new R&D innovation, eliminated redundant engineering efforts and allowed for greater scale in serving our customers.

Taken together, we believe that our proposal would have created total value for Yahoo!’s shareholders in excess of $33 per share.

Unfortunately Yahoo! has chosen a different course, and yesterday announced an agreement that would start to consolidate over 90% of the paid search advertising market in Google’s hands. This will make the market far less competitive. There are many experts who suggest that a host of legal and regulatory problems lie ahead for Google and Yahoo!.

Regardless of Yahoo!’s decision, we will continue to move forward on our strategy in online services and advertising.

Since my mail on May 18, we have been making great progress. At our advance08 conference, we announced Live Search cashback and Live Search Farecast, and the initial response to these user experience and business model innovations in search has been very positive. On June 2nd, we also announced a distribution deal with HP, the world’s largest PC manufacturer, to install a Live Search-enabled toolbar on all HP consumer PCs planned to ship in the United States and Canada, beginning in January 2009.

We look forward to sharing more milestones and details on our plans as we head to MGX and our Financial Analyst Meeting in July.

I remain confident in our assets, plans and people to succeed in building our online business. Thanks again for your commitment and focus.