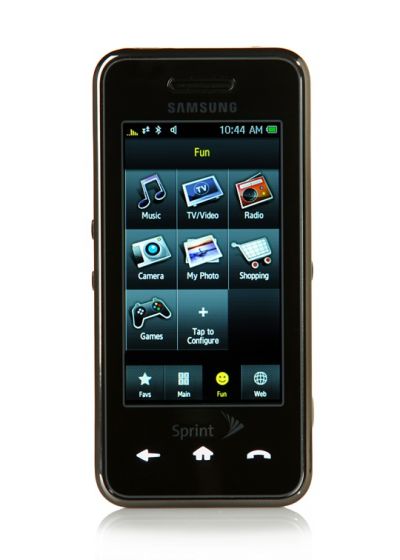 Almost certainly a result of the 3G iPhone’s $199.99 price tag, Sprint has been passing the word around internally that the Samsung Instinct will go for $199.99 (after contract rebates, that is) when it launches in just a few weeks.

The full retail price will be $449.99. A two-year contract will drop $150 bucks off that price via instant rebate, with Sprint throwing in an extra $100 dollars off via mail-in rebate. That takes it down to $199.99, matching it cent for cent with the new iPhone.

Unlike the AT&T and the iPhone, however, Sprint will sell the Instinct at full price to those who don’t want to renew their contracts.