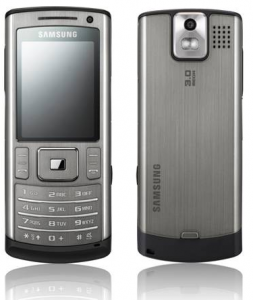 Samsung has announced the Soulb, which they say contains “all the merits of Soul DNA” in a candy bar form factor. The names an interesting one — though I’m unable to replicate it here without using an image, the trailing b in Soulb is actually written as if it were a superscript, like so:

. How would that be pronounced? Soul to the power of b? Soul-bee? Soul bar?

It’ll launch in Germany in early June, and then trickle out to everywhere besides North America in the months thereafter. No word yet on pricing.