The Prague CrunchNetwork Meet-up was a roaring success, the kind of drunken brodeo full of tech geeks and one or two of the women who love them we in the Valley and New York take for granted. Best of all I got to see a few nascent start-ups in the Prague tech scene and even a few well-established products that we might have overlooked in our cultural myopia. That said, here’s a “best-of” rundown of some of the things I saw at our meet-up. Expect more coverage of this space as some of the sites go beta, but until then here are some of the best. 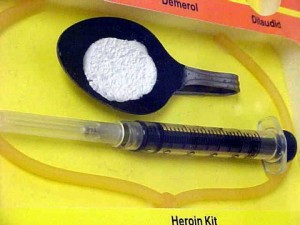 Live Concerts web service helps people to enjoy live music. Based on individual preferences, the easy-to-use web widget lets users know when their favorite artist or band is coming to town. It also facilitates the interaction with user’s friends in the real world. Users can invite their friends, the same way they get valuable recommendations and reviews from their friends. Music fans can use the widget as a concert ticket search engine as well. They can buy tickets from various ticket sellers and thus get the most affordable offer. The Live Concerts widget is going to work on all major social networking site, e.g. MySpace, Facebook and other OpenSocial based social networks. It will be available as a standalone
application too.

Best of all? He equated a heroin to a web widget on his site.

LearnItLists is a new way to learn a language. Originally from the UK, Nicola and her husband built this widget to help teach themselves Czech. The couple actually lives in and is restoring an old farmhouse outside of the city and they spend their mornings coding and their evenings digging up unexploded ordnance in the Czech country-side. They also took part in the Elevator Pitch-off.

Sponsor Wirenode service allows you to build mobile versions of your site in seconds.

Wirenode is a mobile marketing platform. It contains simple-to-use tools for creating mobile websites (with multiple pages, images, colors, mobile surveys, feedback mechanism, etc), so even the non technical person can create them. Created websites can be displayed on all mobile phones. The platform optimizes the output to fit particular phone screen on the fly.
Free version of the service is used by individuals, for their personal mobile websites. Premium version is used by marketing agencies and mobile operators for creating landing pages and mobile portals for mobile marketing purposes.

Here’s an example of the product at work. This mobile site took one minute to make. We’ve been watching these guys since the last TC40 and their product makes it amazingly easy to grab mobile eyeballs.

This service is particularly hard to describe but is actually quite cool. Newstin.com, another sponsor, is a news aggregator that searches for top stories in multiple languages and then offers a social aspect by allowing anyone in almost any language to comment and vote up the news. For example, news from Russian can appear in the English-language news section and comments by Russian commenters will appear in English. Most of the cool stuff happens behind the scenes, but as a news site it’s quite full-featured.

Newstin aspires to connect people through news and create global communities of interest. Newstin is a Global Social News Platform, where topics and ideas are identified within the news, acquiring a social aspect by initiating communication between people, no matter their nation or language. Newstin’s interface belies a powerful systems engine organizing news into 700,000+ categories from over 150,000+ sources. The patented Cross Language Information Retrieval technology allows readers to select from 10 foreign languages for their global news sources. Newstin is dedicated to those individuals seeking a global perspective and the ability to exchange opinions and ideas across nationalities and cultures.

Then there’s Geewa. Geewa, another sponsor, showed a cross platform gaming system that can run simultaneously on a cellphone and a PC. This means you could feasibly play Mau Mau against a live player anywhere in the world. And who doesn’t love Mau Mau?

Geewa develops and operates multiplayer casual games within a unique community environment. Geewa also operates its games on social networks and start-pages such as MySpace and iGoogle. Geewa games can be played across multiple platforms including PC, mobile phones, IPTV and generally any Internet connected device. Geewa develops both original games such as Word Soccer and Climbers as well as the “usual suspects”, i.e. Poker, Pool, Sudoku, Tic-tac-toe, chess and many others. All of these games can be easily embedded into any blog or web page. Geewa has cca. 1 million unique users per month who spend an average 55 minutes per day on their sites.

Finally, we learned that Shannon Hoon of Blind Melon is alive and well and apparently living in Prague.

All told, I’d say the even was a rousing success. It’s great to get out of the old U.S. of A. and meet folks who might be making the next YouTube. Plus the beer was great.