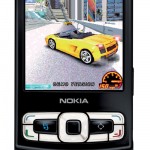 On Wednesday, AllAboutNgage broke a story about the downfalls of the anti-piracy methods implemented on Nokia N-Gage handsets.

The method, in short: When you purchase a game, you get an activation code. Upon use, this activation code is locked to the device’s unique IMEI code. If you bust your handset under warranty, Nokia can transfer the games to your new one. Upgrade to a new N-Gage handset, however, and you’re stuck buying everything all over again.

This revelation spread around the community like wild fire, and N-Gage users were none too happy. While it theoretically put a stint on piracy, it also burned any devoted fans of the platform willing to drop a few hundred bucks on an additional handset. Blogs were written, and upset comments commenced.

After a few days of silence, Nokia has announced that N-Gage games will be transferable in the future. No word yet when or how the change will come, but they state that they are working on an “intermediate solution” that should make things a bit less restricting “until a final solution is ready to be deployed.”

While keeping piracy rates down may be necessary to win over publishers, punishing the customer with unmanageable and ridiculous DRM restrictions is not the way to do it. It is one thing that, time after time, consumers simply won’t stand for.