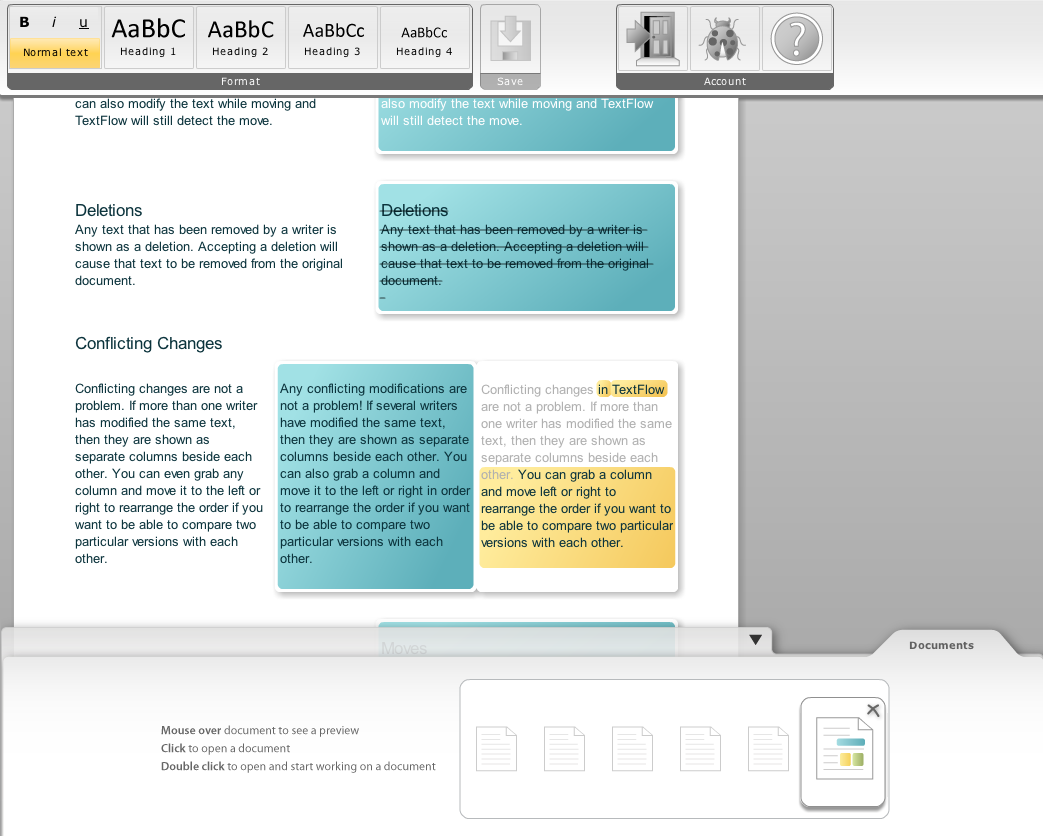 A group of Swedes has grown tired of emailing documents around when they need editing help. So they’ve formed a company called TextFlow that’s working on a Google Docs competitor of sorts.

Their Flash-based product is still in a very early stage, and there’s quite a bit of discrepancy between what they’ve built so far in private beta, and their vision as laid out in a demonstration video (click through to it from their homepage).

But eventually, authors will be able to drag Word documents right into the browser where they’ll get automatically ported into TextFlow. Once there, they’ll be shareable via email and editable by collaborators. All changes will show up in the original author’s view of the document as suggested changes, which can then be approved or rejected.

If you’ve already received multiple copies of Word document with changes from different editors, you’ll also be able to drag them into TextFlow and have the program automatically combine them into one file with suggested changes.

TextFlow’s certainly not the first company to help users collaborate on documents, and like other similarly-focused startups, it faces an uphill against Google and Microsoft. But it sure looks pretty, doesn’t it? 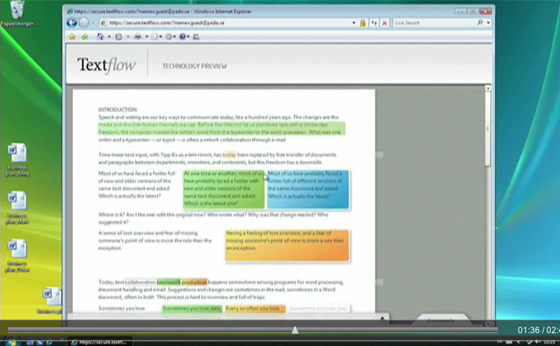